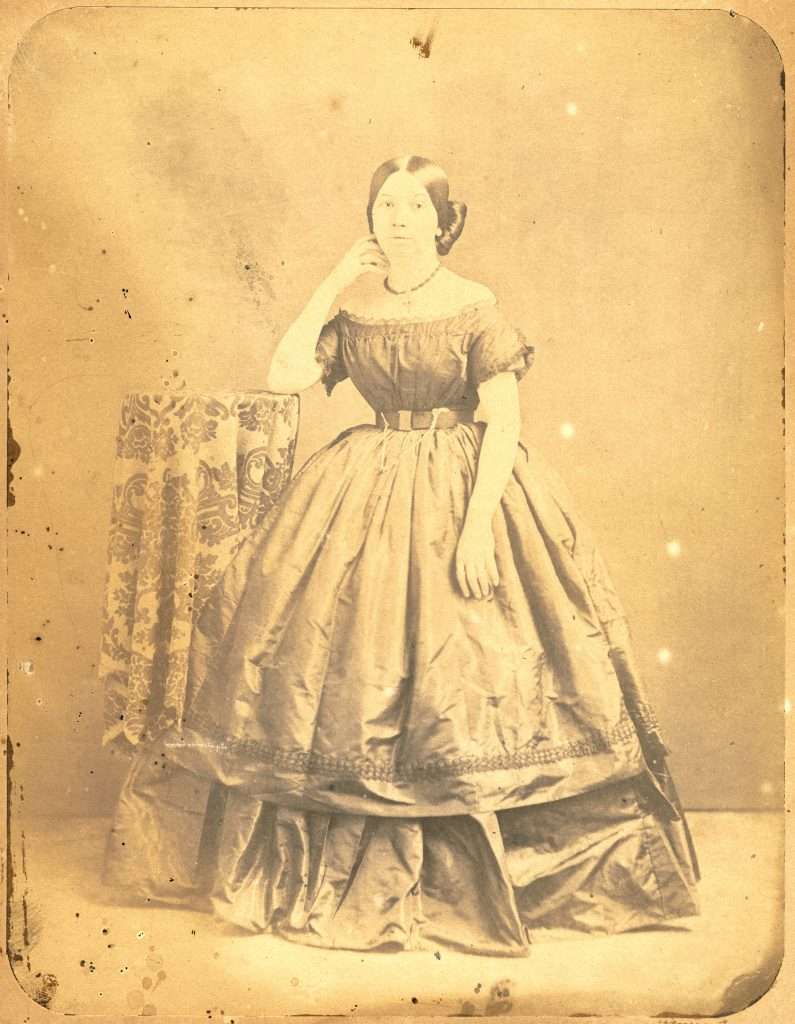 Sally Louisa Tompkins, a Confederate nurse during the Civil War, is fashionably dressed in a belted taffeta gown and a beaded necklace with a cross pendant in this nineteenth-century photograph. During the war years Tompkins ran a small hospital in the home of Judge John Robertson on Main and Third streets in Richmond. Robertson Hospital could care for only a limited number of patients, and as a result the sick and wounded were able to receive more personal attention than they might have received elsewhere. "The men under Miss Sally's kind care looked so clean and comfortable—cheerful, one might say," diarist Mary Boykin Chesnut wrote. The hospital's success prompted Confederate president Jefferson Davis to commission Tompkins a captain in the cavalry, which allowed her to escape the Medical Department's purview. She outfitted the hospital with her own funds, and continued to operate it until the end of the war. In 1916, at the age of eighty-two, Tompkins died penniless in the Richmond Home for Confederate Women.