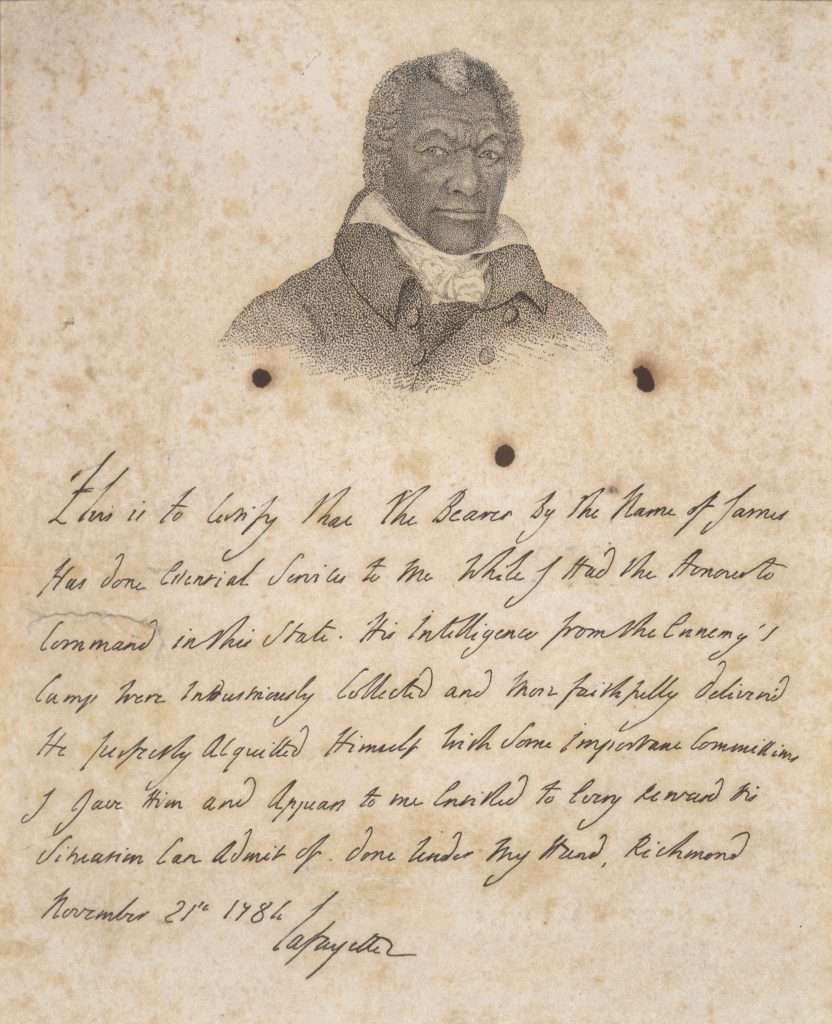 James Lafayette and His Military Service

This print combines an engraved portrait of James Lafayette, a slave who served as a spy during the American Revolution, along with a reproduction of a note handwritten by the marquis de Lafayette, a French aristocrat who served as a general during the war. In 1784 the marquis wrote this testimonial stating that the slave had "done Essential Services to Me While I Had the Honour to Command in this State" and that he was "Entitled to Every Reward his Situation Can Admit of." The former spy petitioned the General Assembly for his freedom, which was eventually granted in 1787.

The marquis de Lafayette visited the United States in 1824 and created a new wave of interest in Revolutionary topics. It was about that time that this image of James Lafayette was created—first as a painting by John B. Martin, and then as this engraving based on it.