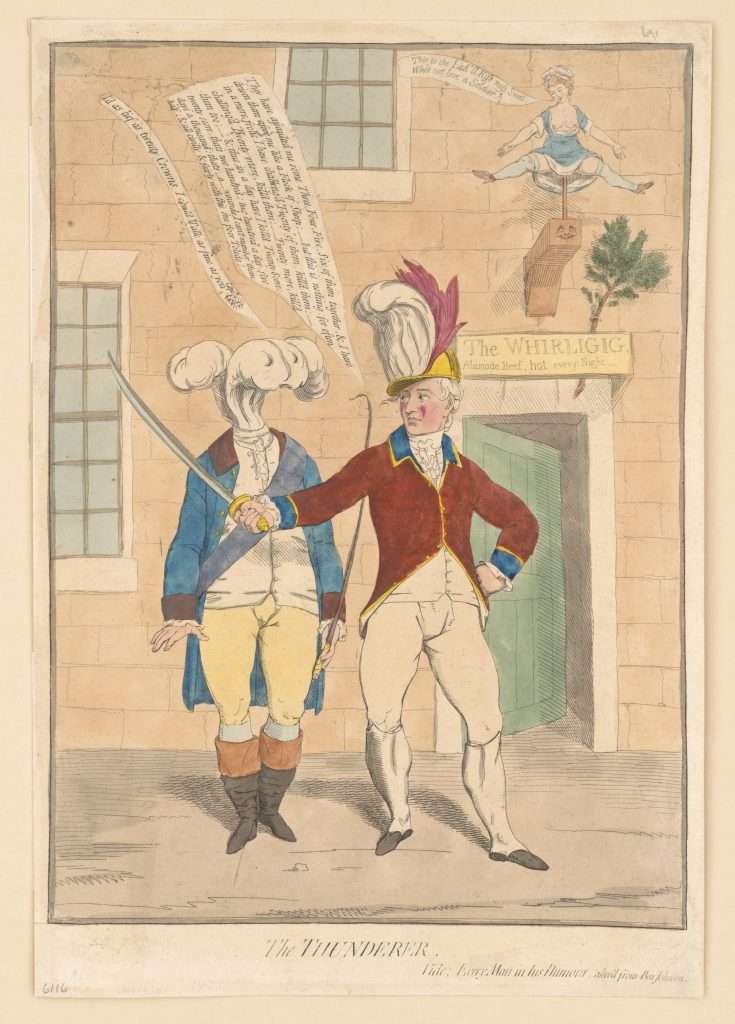 A hand-colored etching produced in London in 1782 satirizes Lieutenant Colonel Banastre Tarleton, recently returned to England after fighting in the Revolutionary War, for his sexual adventures back home. Tarleton had taken as his mistress a married woman abandoned by the Prince of Wales. With sword drawn, Tarleton—named here "The Thunderer"—boasts of his womanizing to the Prince of Wales, who has only plumes for a head.

"They have assaulted me some Three, Four, Five, Six of them together, & I have driven them afore me like a Flock of Sheep ..." Tarleton brags. The prince answers, "I’d as lief as twenty Crowns I could talk as fine as you, Capt."

The scene takes place in front of a brothel called "The Whirligig" with the figure of a prostitute, her legs outstretched, positioned over the door. Referring to Tarleton, the prostitute says, "This is the Lad'll Kiss most sweet. Who'd not love a Soldier?" The vine branch in the Whirligig sign indicates that wine is available in the establishment.