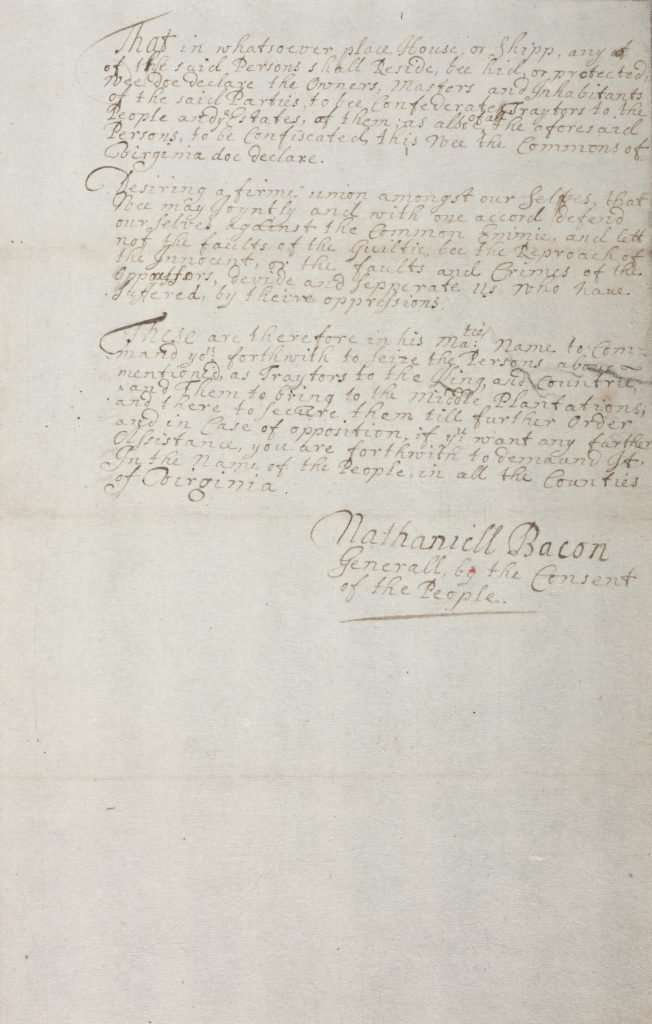 Nathaniel Bacon, who led a dramatic rebellion against Sir William Berkeley in 1676, ends a list of grievances against the colonial governor with his signature "Nathaniell Bacon Generall, by the Consent of the People." This document is an August 1676 transcription of Bacon's original manuscript and is not in Bacon's own hand. On July 30 of that year, Bacon had issued the first of a number of declarations of his grievances.