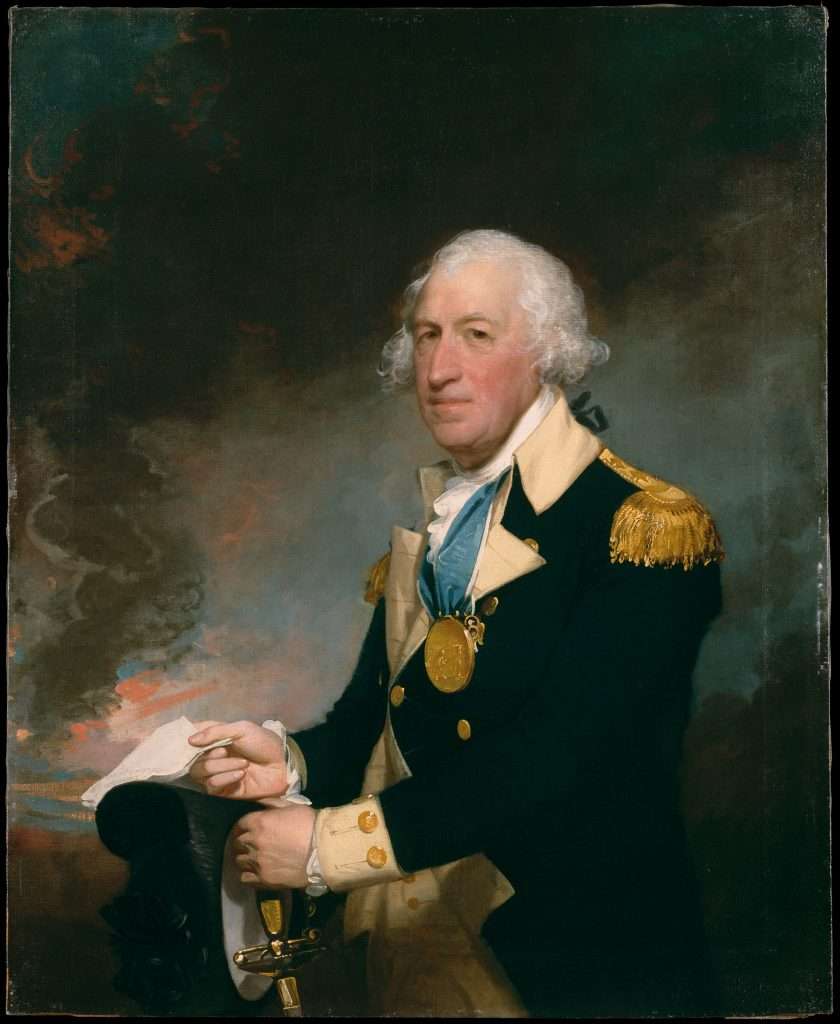 Horatio Gates, the English-born general who fought for the American cause during the Revolutionary War, poses for a portrait by Gilbert Stuart in the 1790s. In full-dress uniform, he wears the congressional medal he earned for his victory at the second Battle of Saratoga in October 1777.  In his left hand, Gates holds a sword and in his right a copy of the Convention of Saratoga, the surrender terms Gates negotiated after the battle.