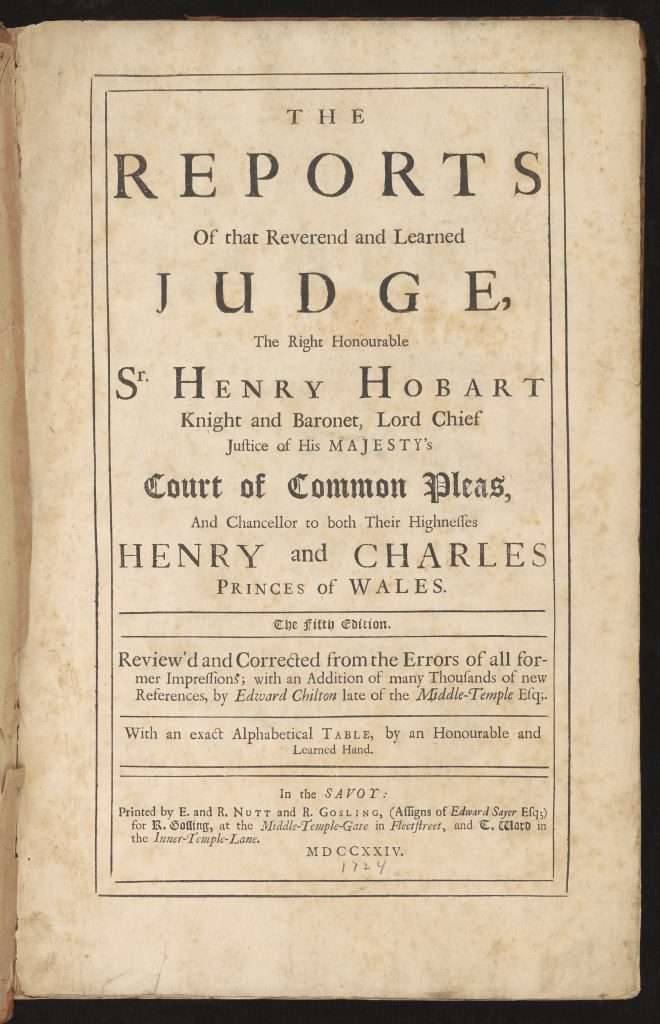 The Reports of that Reverend and Learned Judge, the Right Honourable Sr. Henry Hobart

This is the title page of the fifth edition of Sir Henry Hobart's Reports (1724), which Edward Chilton, a barrister in London who had earlier served as attorney general in Virginia, "Review'd and Corrected from the Errors" of previous editions and amplified with "many Thousands of new References." Sir Henry Hobart, first baronet of Intwood, served as Chief Justice of the Court of Common Pleas in London from 1613 to 1625.

Citation: The Reports of that Reverend and Learned Judge, the Right Honourable Sr. Henry Hobart Knight and Baronet, Lord Chief Justice of His Majesty's Court of Common Pleas, and Chancellor to both Their Highnesses Henry and Charles Princes of Wales. K .G6596R .A2 H6 1724. Special Collections, University of Virginia, Charlottesville, Va.