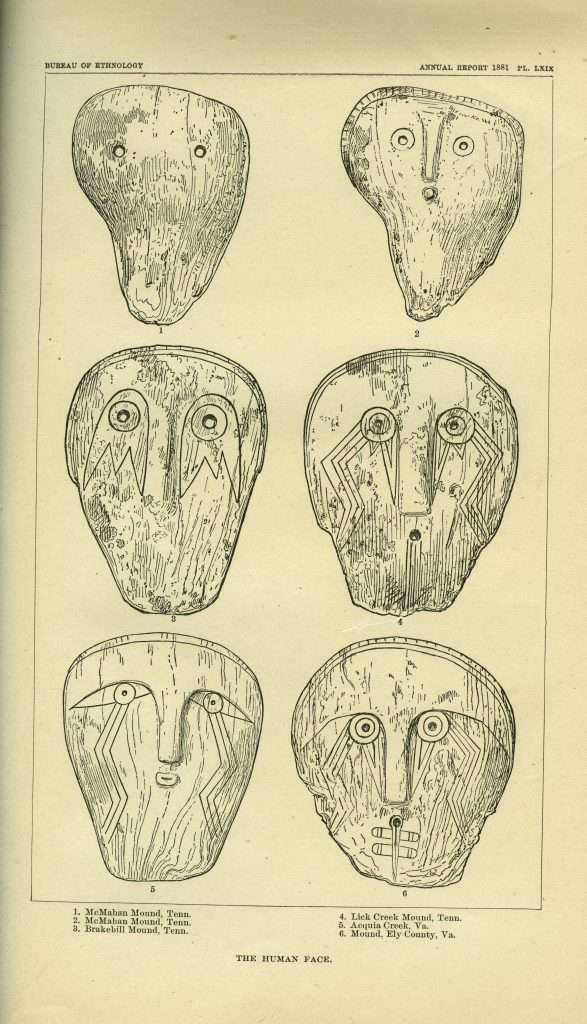 This illustration depicts shell gorgets, carved decorative shells worn around the neck, a Native American art form that most often dates to the Middle Woodlands Period (ca. 200 BC–AD 500) and the Mississippian Period (ca. AD 1200–1650). Carved to look like human faces, these gorgets were excavated at Indian sites in Tennessee as well as at locations in Stafford County (Aquia Creek) and Lee County (Ely Mound). A key at bottom indicates where each carving was found. The archaeologist William Henry Holmes used this illustration in his "Art in Shell of the Ancient Americans," an article that appeared in the Smithsonian Institution's Second Annual Report of the Bureau of American Ethnology (1883).