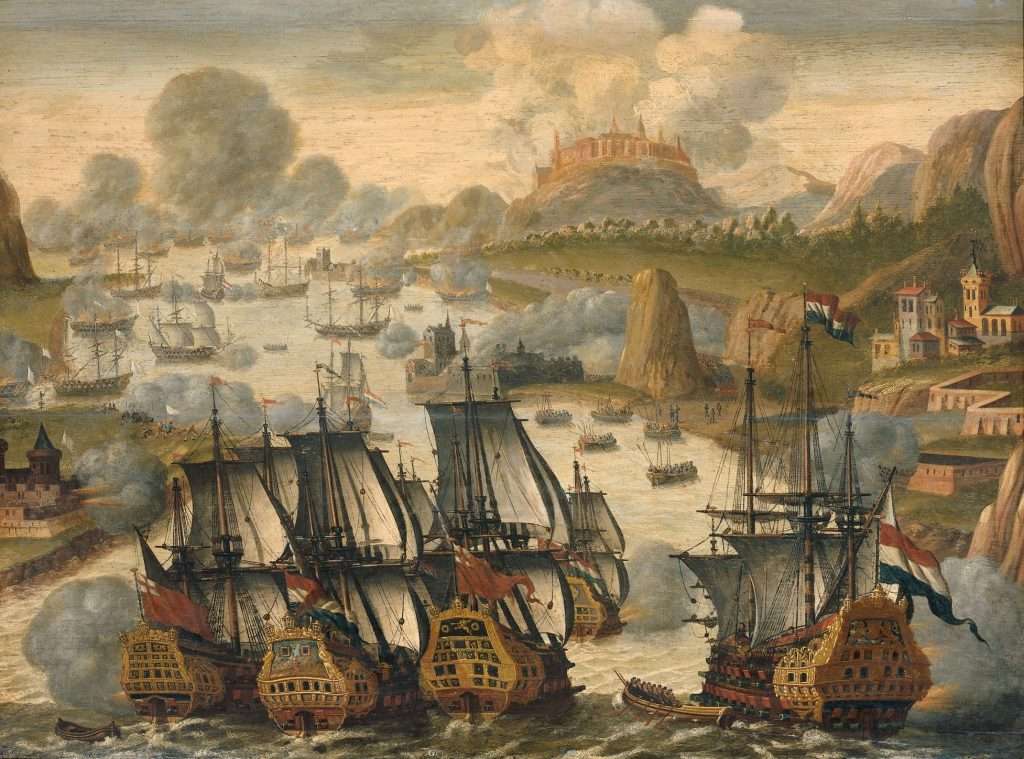 Battle of Vigo Bay during the War of the Spanish Succession

Dutch and English ships in the foreground block the entrance of Redondela harbor in northwestern Spain on October 23, 1702, during the Battle of Vigo Bay in the War of Spanish Succession (1701–1714). French and Spanish warships and trading vessels, visible in the distance, were trapped and fired upon during this naval engagement, which was a major victory for the Anglo-Dutch forces. This painting is part of the collections at the Rijksmuseum in Amsterdam.