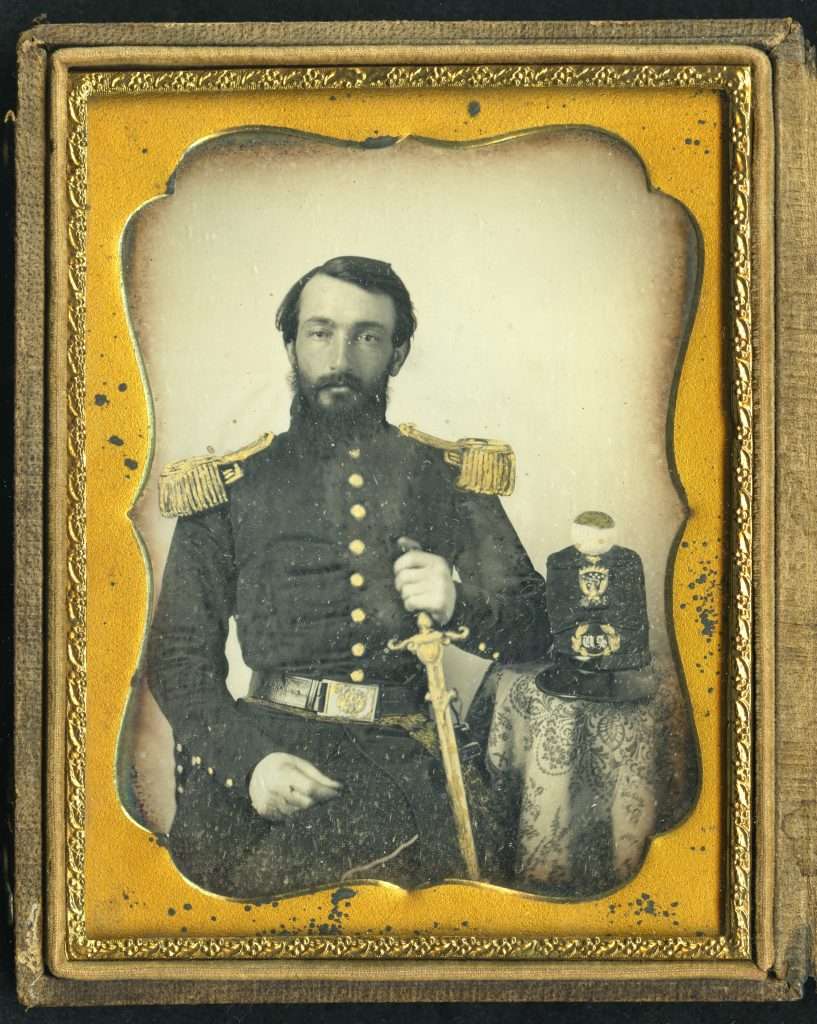 Philadelphia-trained surgeon Lafayette Guild poses in his U.S. Army uniform while holding his medical service sword in this hand-colored daguerreotype. Appointed as an assistant surgeon in the U.S. Army in 1849, Guild served for a time on Governor's Island in New York harbor; while there, he conducted pioneering studies of yellow fever and its spread. At the beginning of the Civil War, the Alabama-born Guild returned to the South and offered his services to the Confederacy. In the midst of the fighting during the Seven Days' Battles in the summer of 1862, Confederate general Robert E. Lee took command of the Army of Northern Virginia and appointed Guild as that army's chief medical officer. It was a daunting task, as Guild later explained, being "assigned suddenly and unexpectedly to the onerous and responsible duties of medical director of this large army, without instructions of any kind and without knowledge of the previous orders and assignments of medical officers of an army already engaged in action." Guild remained in that position until the army surrendered at Appomattox in 1865. During his tenure, Guild was frustrated by the lack of medical supplies, but was also instrumental in improving care on the battlefield, and in establishing protocols—including the creation of a "Sanitary Camp," which quarantined soldiers afflicted with contagious illnesses—that helped prevent the spread of disease among the troops.