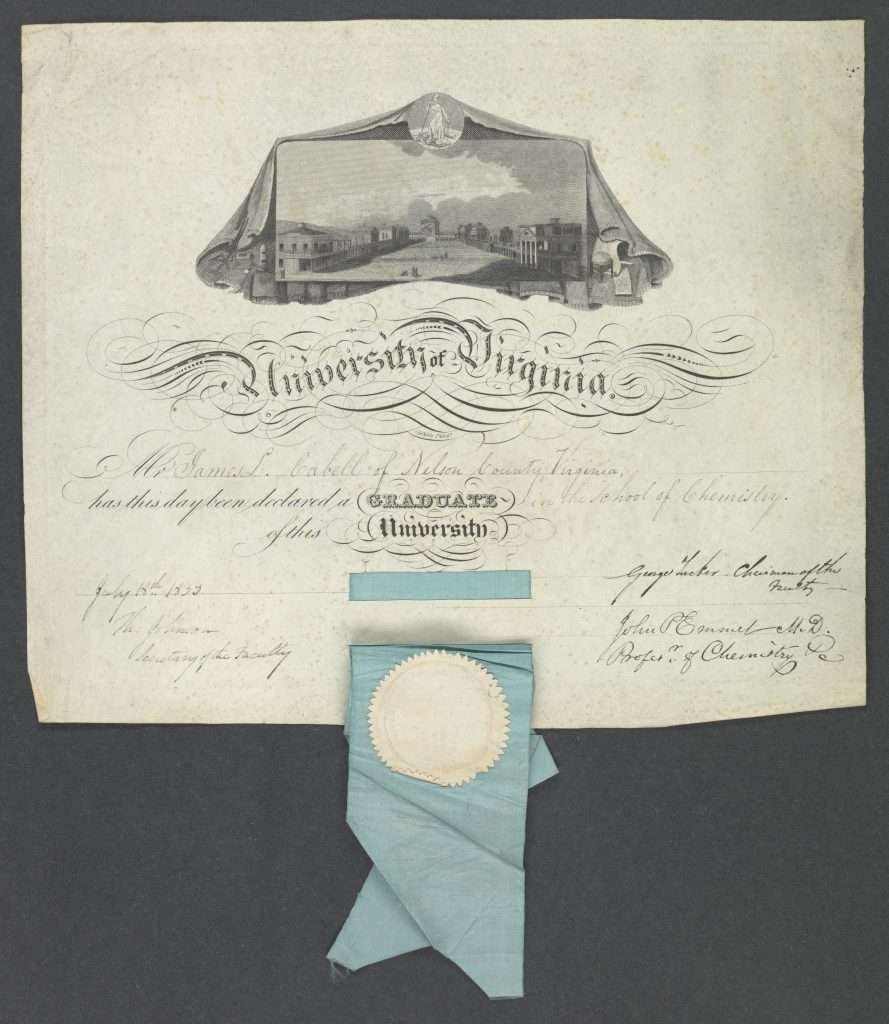 Diploma from the University of Virginia’s School of Chemistry

This diploma issued on July 18, 1833, from the University of Virginia indicates that James L. Cabell has successfully graduated from the university's school of chemistry. The diploma is signed by George Tucker, the chairman of the faculty; John P. Emmet, a professor of chemistry; and Thomas Johnson, the secretary of the faculty. Cabell went on to earn a medical degree at the University of Maryland in Baltimore, and subsequently served as a professor of anatomy and surgery at the University of Virginia from 1837 until 1889. The engraving of the university, at top, depicts the Lawn, the grassy expanse at the center of the Academical Village designed by Thomas Jefferson. Engraved by C. G. Childs of Philadelphia, the image is based on an earlier engraving by B. Tanner published in 1827. Childs's engraving, however, omits a number of figures depicted in the original image—among them, figures atop the balconies of the pavilions, including a black woman, presumably a slave, holding an infant