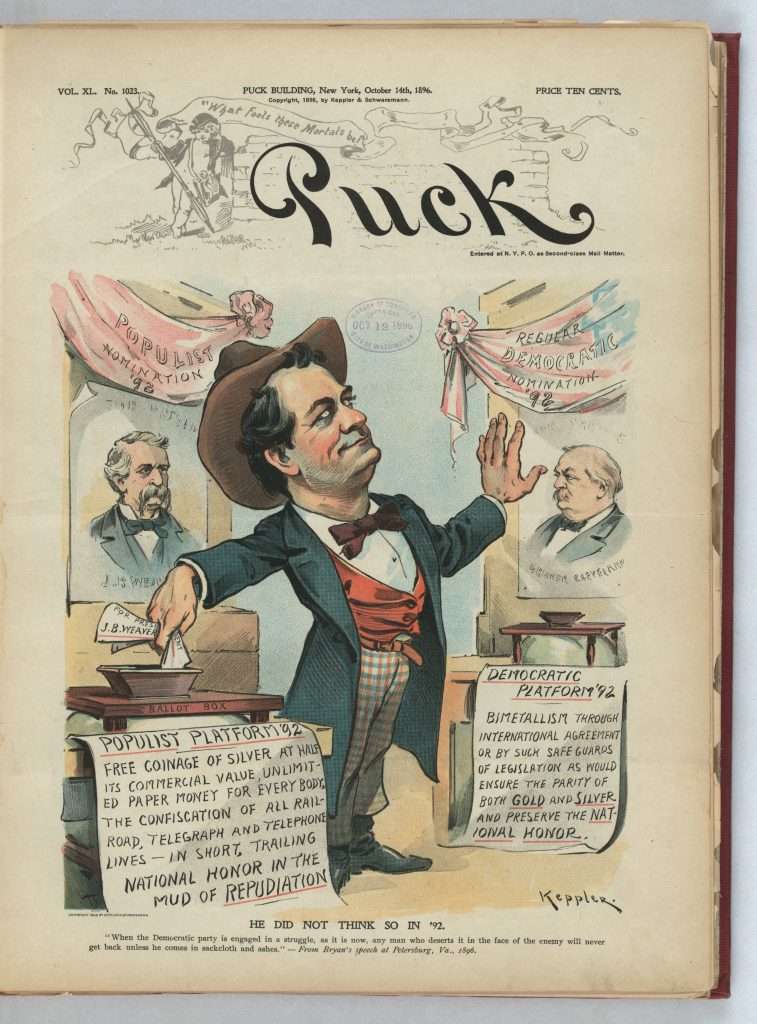 The October 14, 1896, cover of Puck magazine depicts William Jennings Bryan, a Democratic politician from Nebraska, casting his vote for James B. Weaver, the Populist presidential nominee in the election of 1892, over the Democratic candidate, Grover Cleveland. Four years later Bryan was running for president, and the cartoon's caption quotes a speech he made in Petersburg during the 1896 campaign:  "When the Democratic party is engaged in a struggle, as it is now, any man who deserts it in the face of the enemy will never get back unless he comes in sackcloth and ashes." The irony was that Bryan had voted previously for a Populist, and that he was currently running under both the Democratic and Populist party banners.