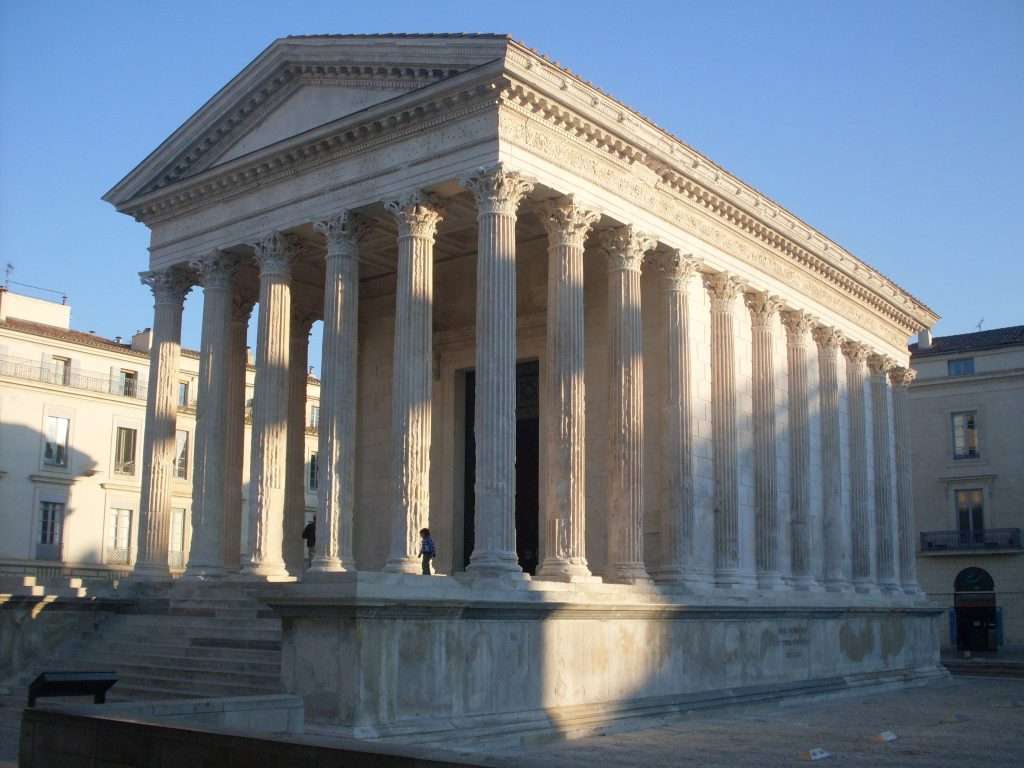 A modern photograph depicts the Maison Carrée, a Roman temple located in Nîmes, France, that Thomas Jefferson used as a model for his design of the State Capitol in Richmond. Jefferson, working in collaboration with the French architect Charles-Louis Clérisseau, created a larger building than the structure shown here, and used Ionic columns rather than the more decorative Corinthian columns of the original temple.