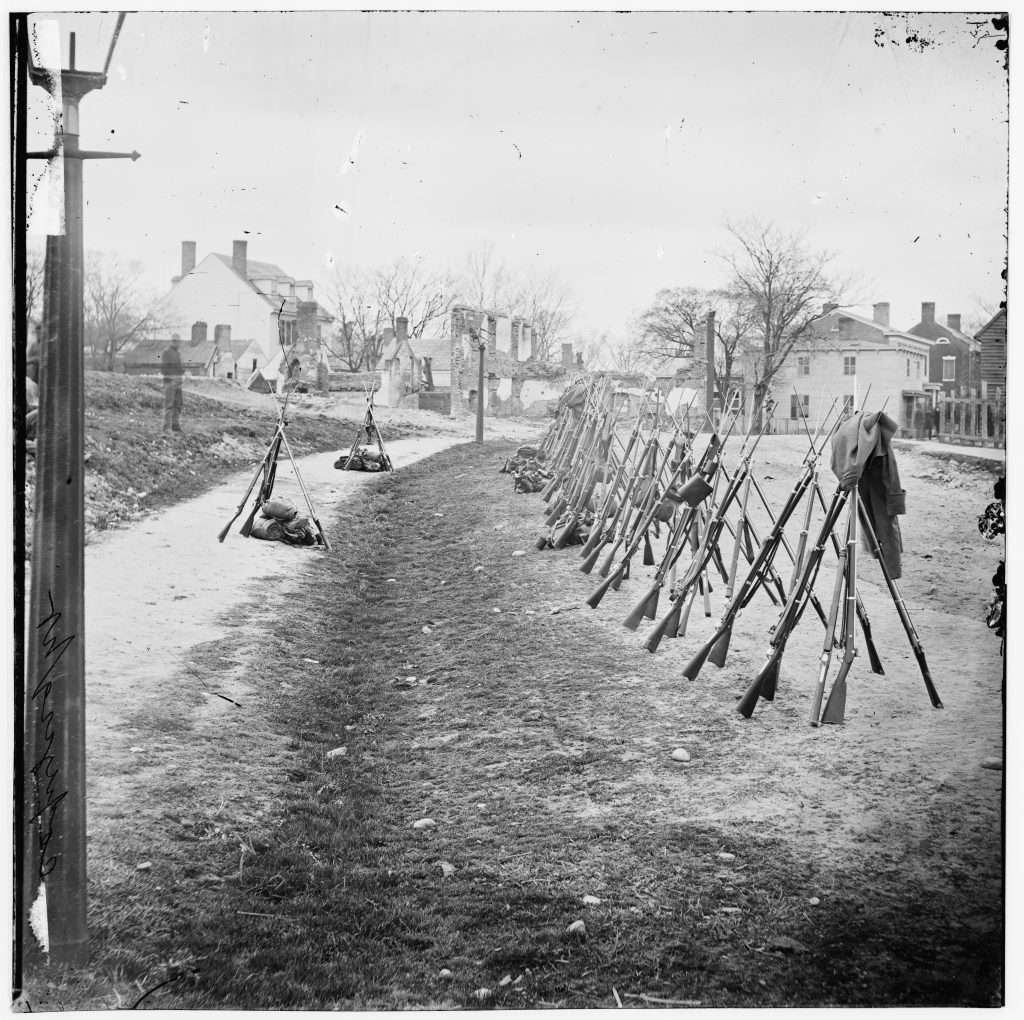 Stacked Union rifles line a street in Petersburg after the city capitulated on April 3, 1865. Union soldiers took over local policing and governance, though many Petersburg officials were retained in their positions in order to ensure the smooth functioning of the city. Soldiers distributed food and provisions to needy residents, both white and black. Significantly, the Union forces also prevented outbreaks of violence between local whites and blacks.