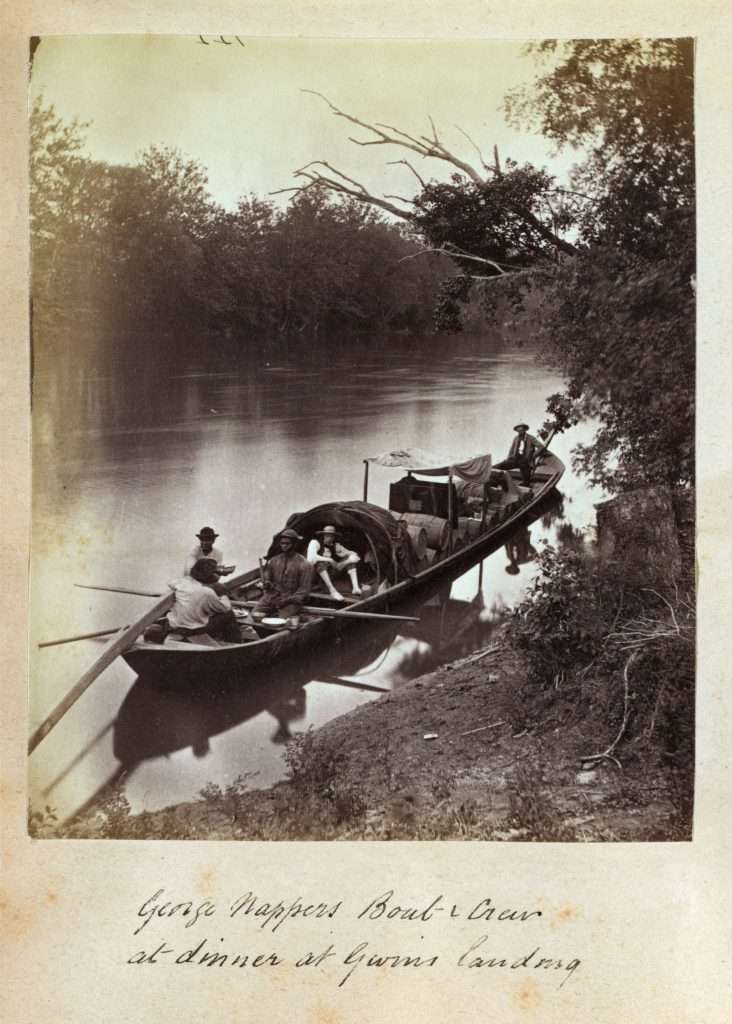 The former Confederate mapmaker Jedediah Hotchkiss stands in the bow of a keelboat anchored next to a small landing, called Gwinn's landing, on an unidentified river in West Virginia in 1872. The inscription beneath the photograph identifies the boat's owner as George Nappers, perhaps the man seated at center. The African American crew members eat lunch in the stern of the boat.

This image is included in an album of photographs compiled by Hotchkiss as part of his effort to promote the mineral and timber interests of western Virginia and West Virginia. Hotchkiss traveled extensively throughout the area's mountains and valleys surveying the natural resources and keeping a photographic record of his explorations. He made several promotional trips to England, along with trips to the American north and west, in an effort to attract capital. His efforts were successful and he secured the investment of millions of dollars for commercial development.