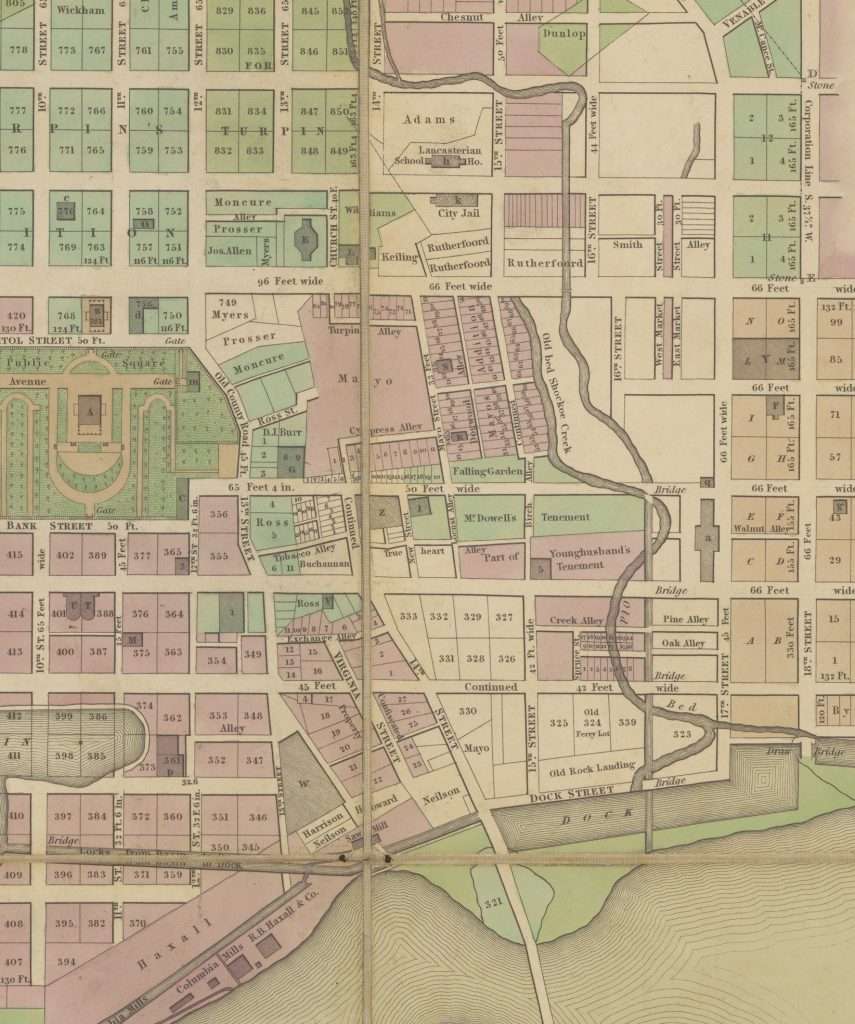 This detail from an 1835 plan of Richmond created by Micajah Bates, the surveyor of the city, shows the general area in which slave traders operated during the mid-nineteenth century. Traders operated within a block or two south of the Capitol (the greensward at left center) and as far north of the James River as Chestnut Alley and Venable Street, at upper right. However, most of the buildings involved in the slave business—including the slave-holding pen known as Lumpkin's Jail—were clustered along Wall Street. Though the name "Wall Street" does not appear on the map, it is identified here as "Birch Alley," a narrow lane that connects 15th Street—that runs north from the James River—to Broad Street, the wide avenue north of the Capitol.