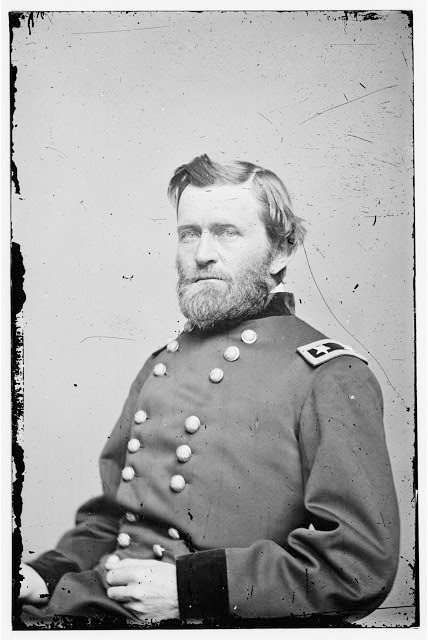 General Ulysses S. Grant stares directly at the camera in this image by an unknown photographer. In 1864, when he was just shy of forty-two, Grant was chosen by U.S. president Abraham Lincoln to be the supreme commander of all the Union forces. Though he lacked a colorful personality, he was famous for his dogged persistence and quiet confidence—traits that helped win the war. One contemporary noted, "He habitually wears an expression as if he had determined to drive his head through a brick wall, and was about to do it."