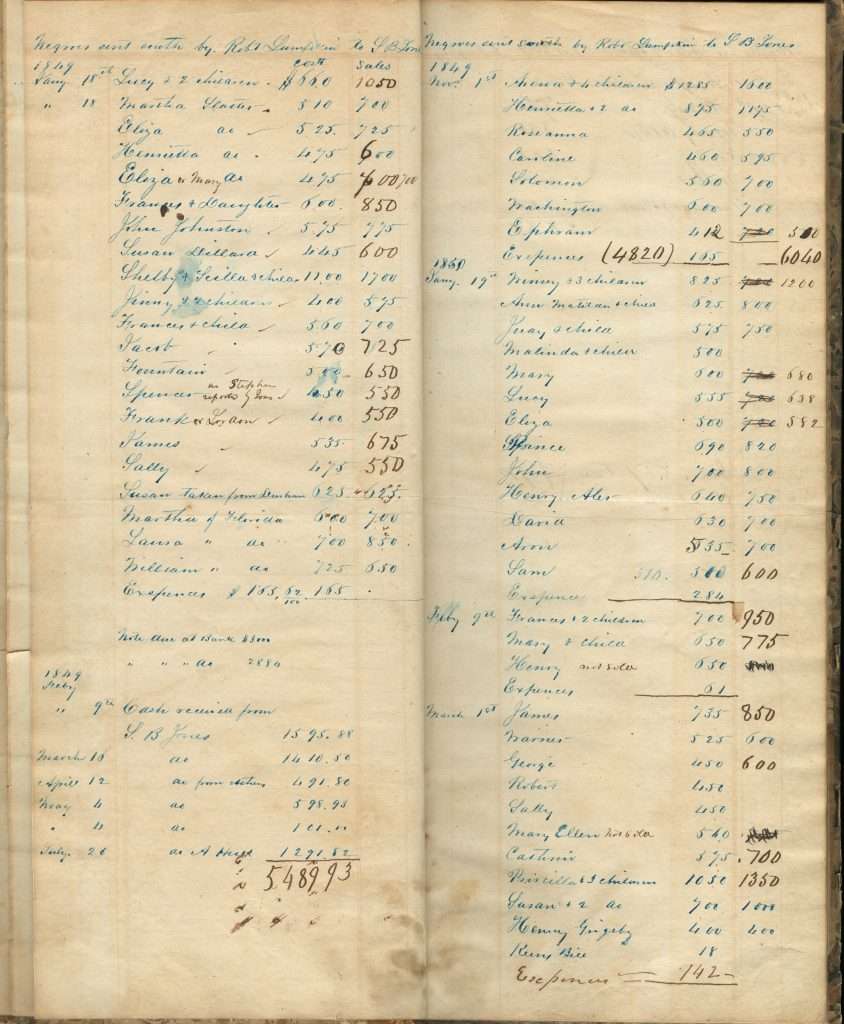 Shown here are two pages from an original ledger kept in 1849 and 1850 by Robert Lumpkin, owner of a holding pen in Richmond known as Lumpkin's Jail, where slaves—including women and children—were kept before and after being sold at auction. Lumpkin lists the names of the slaves in his jail that were sold south to S. B. Jones, the cost of the slaves' upkeep, and the income generated. An inscription in black ink on the top half of the second page notes that Lumpkin's expenses for the year were $4,820 and the income generated was $6,040, leaving him with a profit of $1,220, a substantial sum in that era.