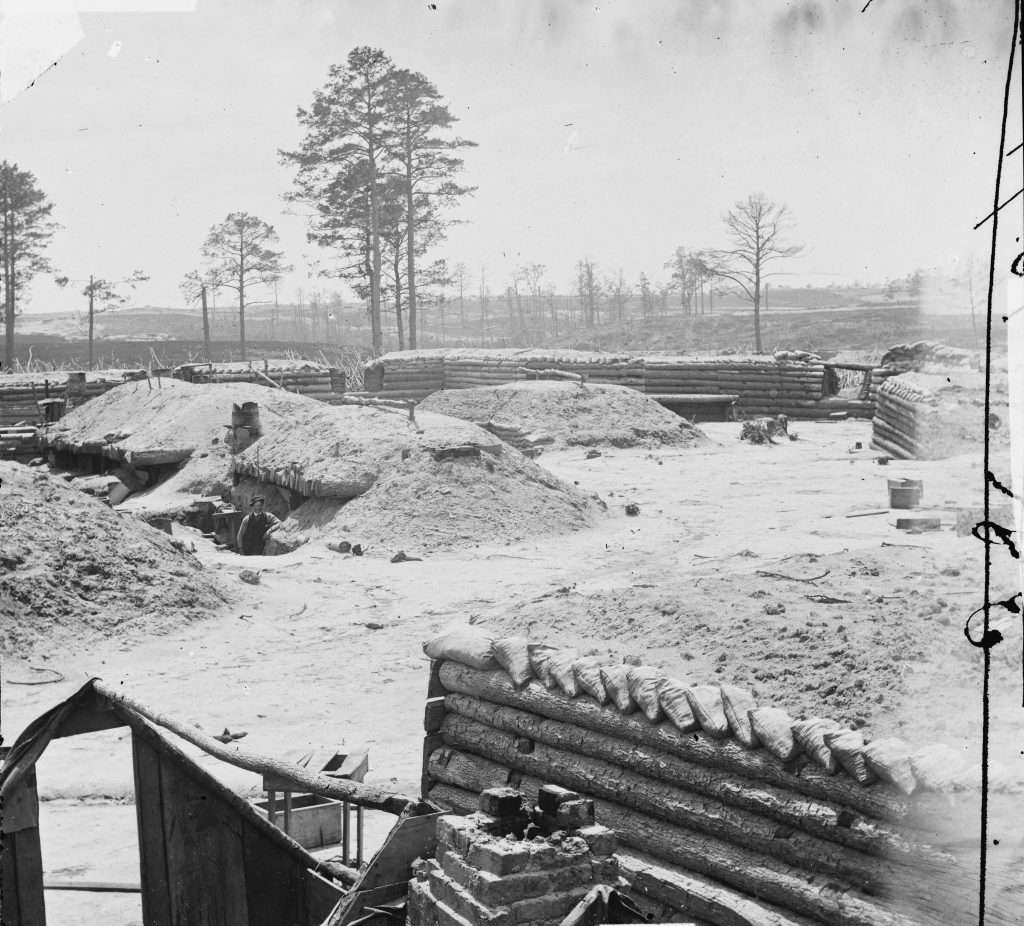 The Petersburg Campaign witnessed the peak of field fortifications during the American Civil War. Each side built elaborate and all-but-impregnable earthworks, compelling Union general Ulysses S. Grant to find ways to flank the Confederate defenses or, at the Battle of the Crater, try to blow his way through them. The earthworks allowed Confederate general Robert E. Lee to remain defiant for ten months despite fighting the campaign at a two-to-one numerical disadvantage.