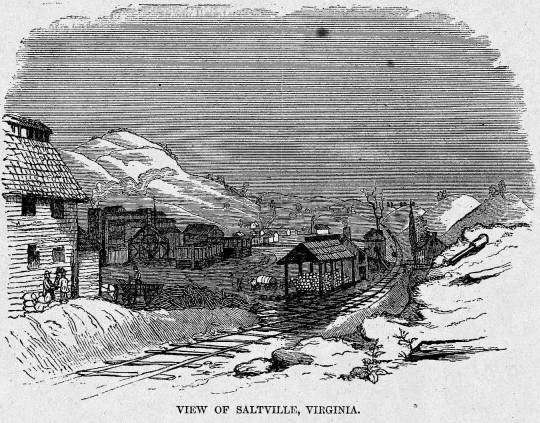 An engraving from the January 14, 1865, edition of Harper's Weekly shows the tiny but strategically important town of Saltville in southwestern Virginia. According to the Harper's account, there was "a bed of fossil salt" in the hills surrounding the town, and the salt manufactured from it was "of the purest quality, white and beautiful as the driven snow. Indeed, on seeing the men at work in the magazines, with pick and shovel, a novice would swear they were working in a snow-bank." Since salt was crucial in preserving food supplies for the Confederate army, the article added, "The works [in Saltville] have been deemed so important by the rebels that a Richmond paper lately declared the loss of Savannah an inferior consideration."