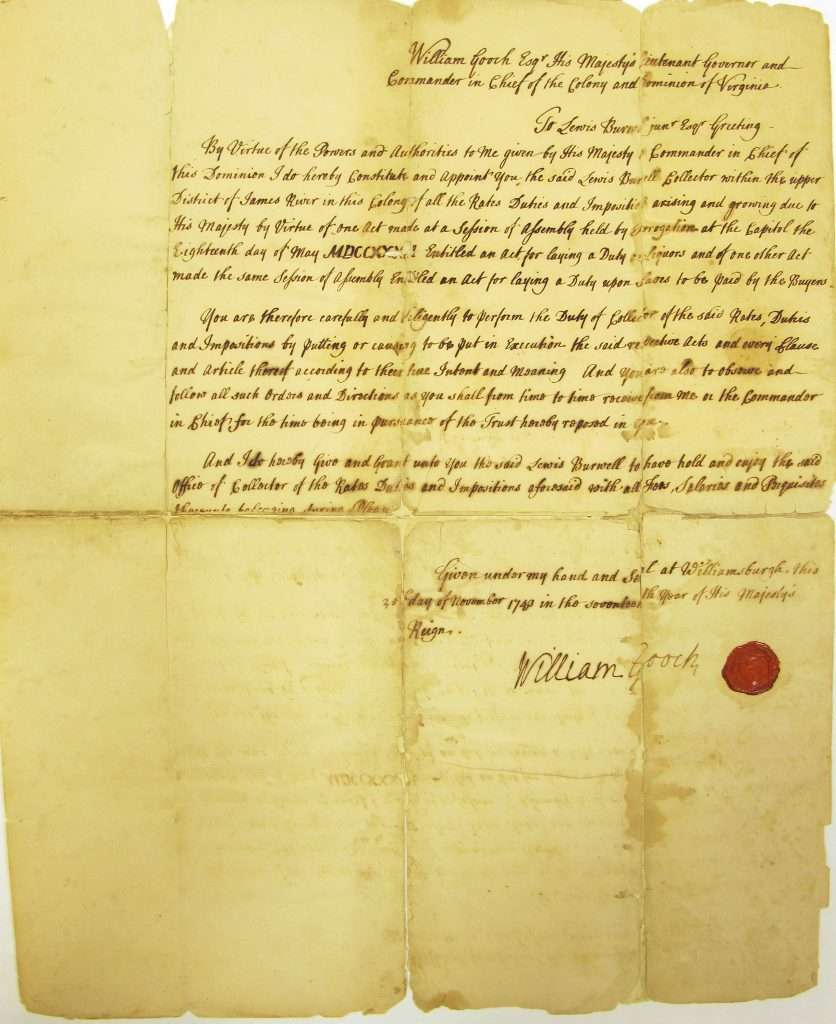 This November 25, 1743, document appoints Lewis Burwell (1711 or 1712–1756), a member of the governor's Council, to the post of collector of duties in the upper James River district of the colony. On May 18, 1732, two acts were passed by the General Assembly—one titled an "Act for laying a Duty on Liquors," and another titled an "Act for laying a Duty upon Slaves to be paid by the Buyers"; Burwell's position put him in charge of collecting those duties. The appointment was signed and sealed by Sir William Gooch, Virginia's lieutenant governor and the colony's chief administrator from 1727 until 1749.