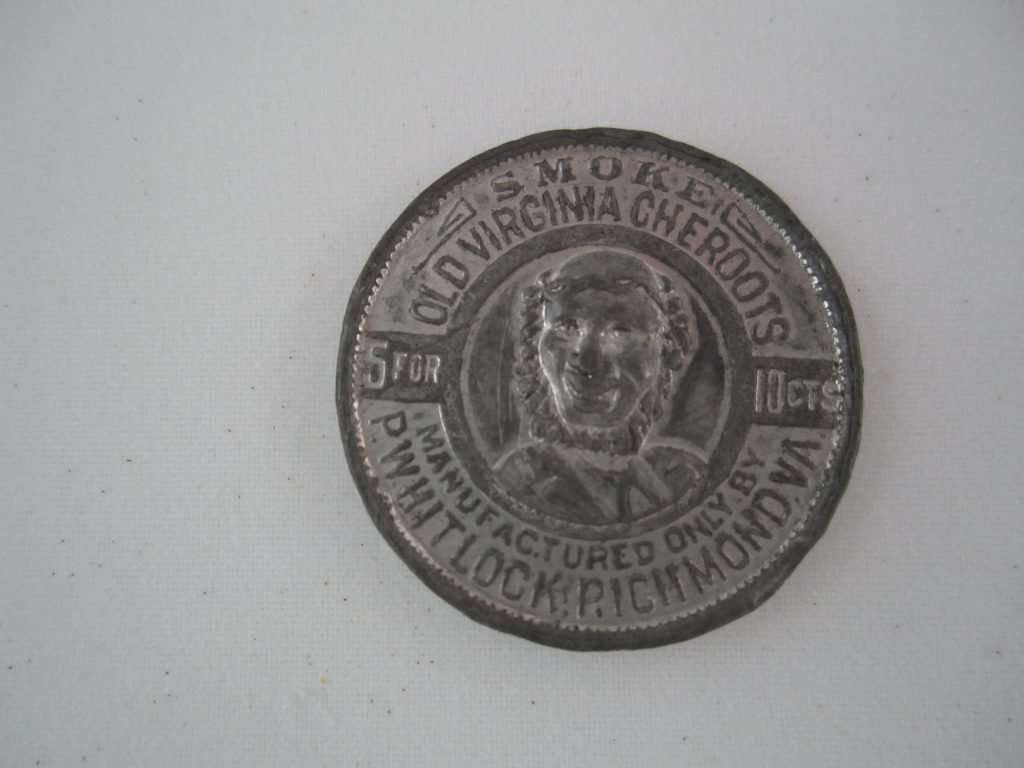 The reverse side of a souvenir metal coin features a close facsimile of Uncle Remus, a well-known fictional character of a former slave created by Joel Chandler Harris. The P. Whitlock Cheroot and Cigar Company of Richmond trademarked this familiar image to advertise its tobacco products. At the top of the coin it reads, "Smoke Old Virginia Cheroots"; at center, the price for the small cigars is listed as "5 for 10cts." The Whitlock Company created this coin to commemorate the Virginia Agricultural, Mechanical and Tobacco Exposition, an event held in Richmond in 1888.