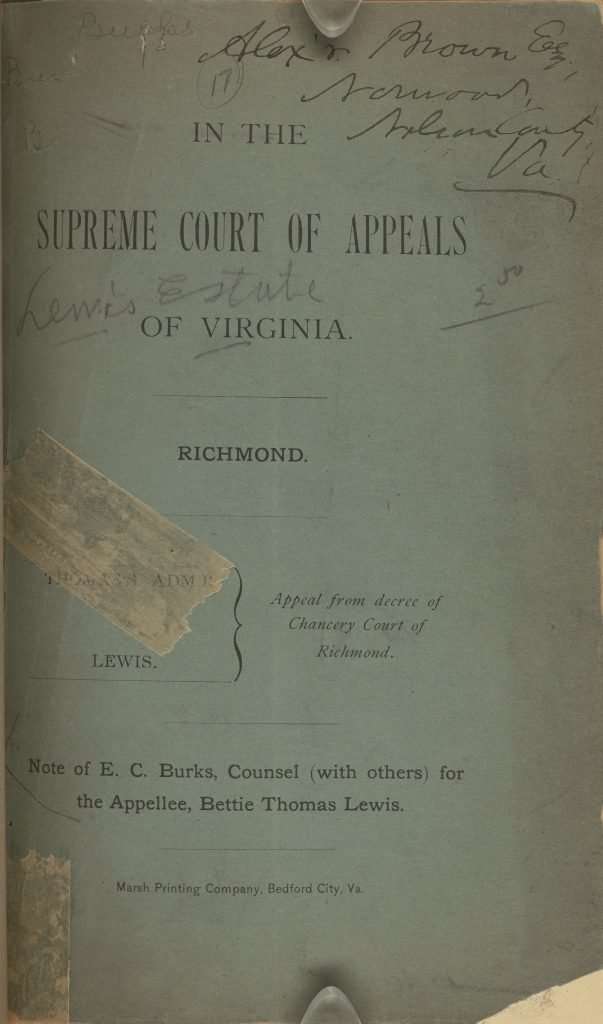 Note of E. C. Burks, Counsel (with others) for the Appellee, Bettie Thomas Lewis. Thomas’s Adm’r vs. Lewis. Appeal from decree of Chancery Court of Richmond.

This is the title page of an eighty-eight-page legal brief filed by E. C. Burks and other attorneys representing Bettie Thomas Lewis before the Virginia Supreme Court of Appeals in 1892. The team of lawyers argued successfully that Lewis, the mixed-race daughter of a deceased white man, was legally entitled to an inheritance from her father, who did not leave behind a will but who stated his intentions on his deathbed.