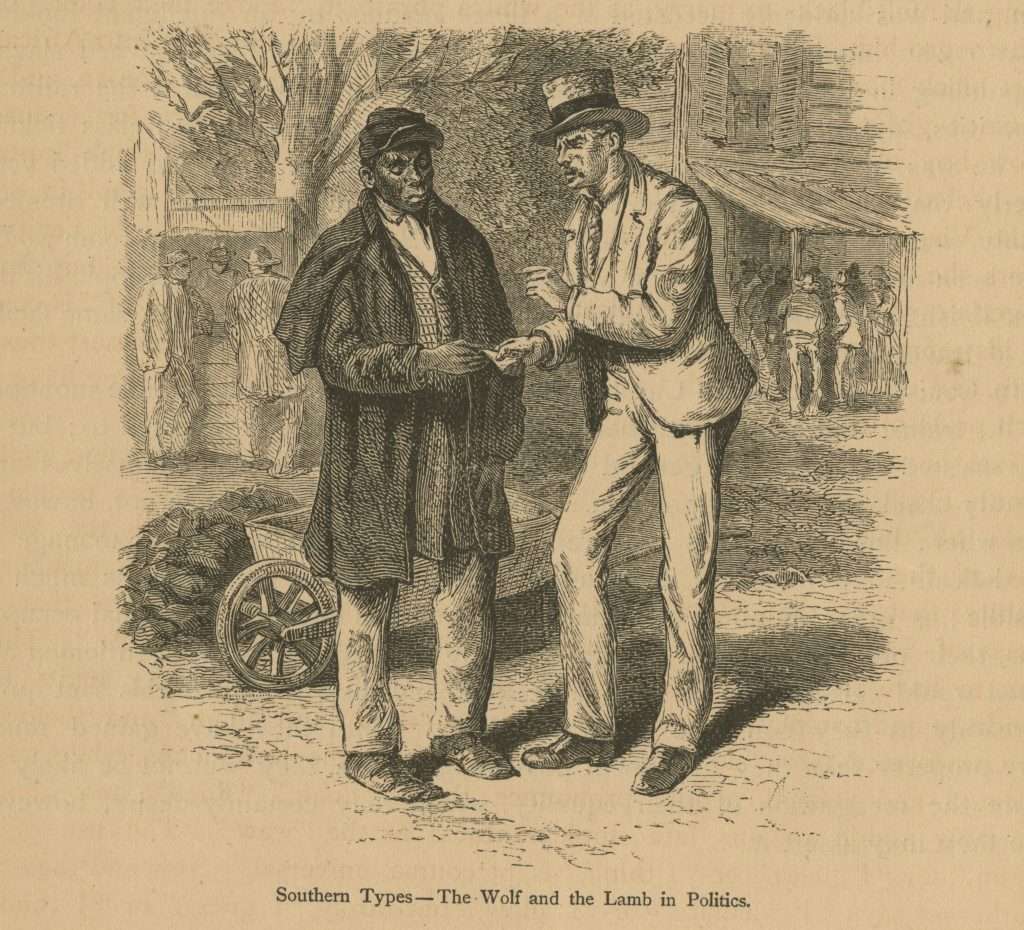 Southern Types—The Wolf and the Lamb in Politics.

An engraving titled Southern Types—The Wolf and the Lamb in Politics depicts an African American being manipulated into voting a certain way by an unscrupulous white political operative. Illustrations such as this one, which was published in Edward King's The Great South (1875), reveal the lingering belief held by many whites that African Americans were not qualified to vote.