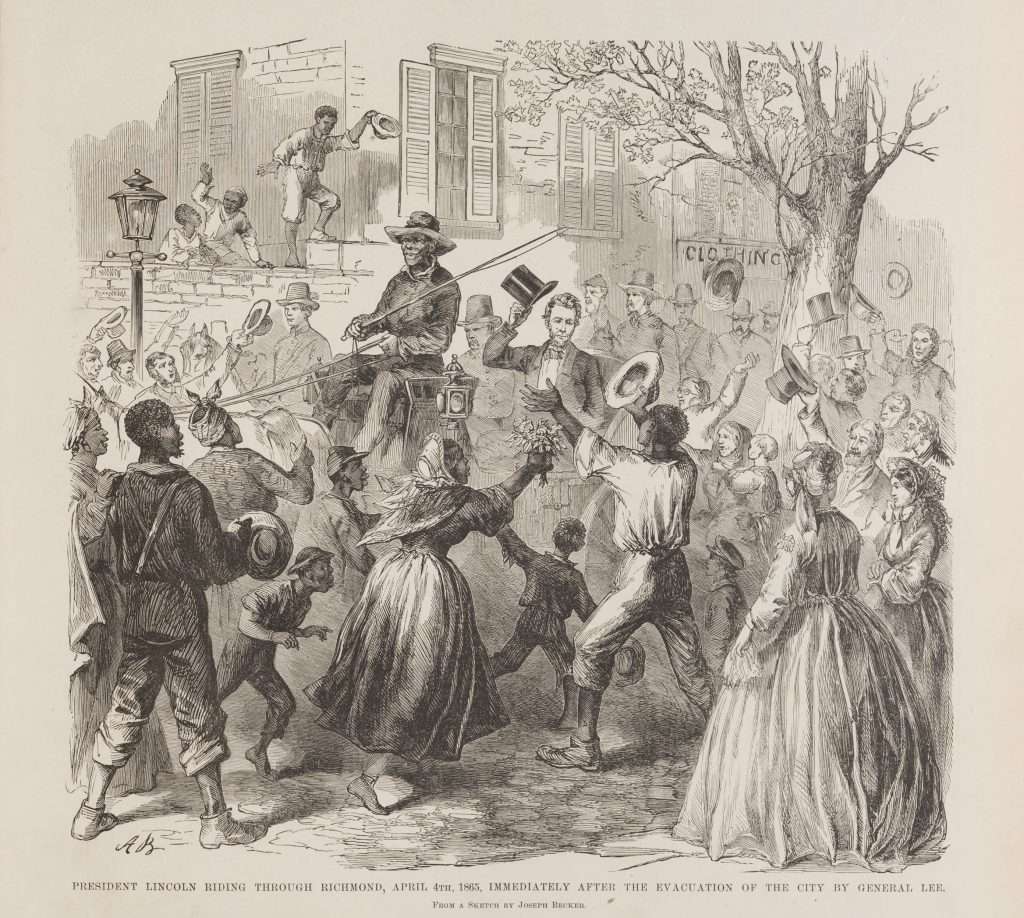 President Lincoln Riding Through Richmond, April 4th, 1865, Immediately After the Evacuation of the City by General Lee.

A crowd cheers President Abraham Lincoln as he tours the city of Richmond on April 4, 1865, two days after Confederate general Robert E. Lee ordered the city's evacuation. Lincoln arrived in Richmond after Union forces had taken control, and many African American residents greeted the president with jubilation. This engraving was published in The Soldier in our Civil War: A Pictorial History of the Conflict, 1861–1865, Illustrating the Valor of the Soldier as Displayed on the Battle-Field (1886), a work edited by Paul Fleury Mottelay.