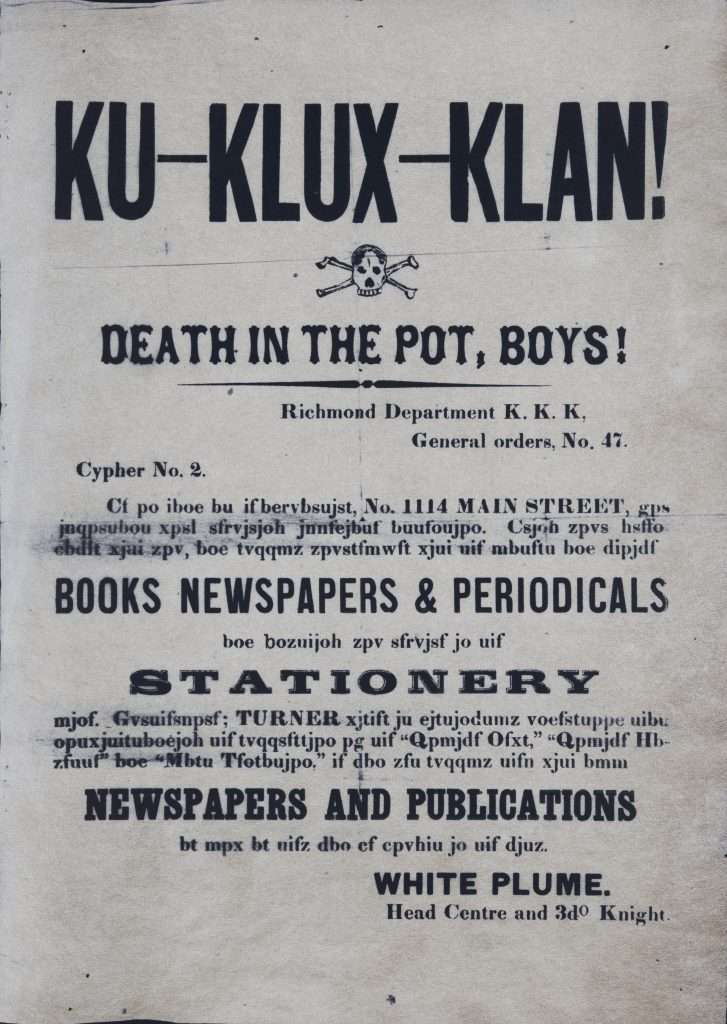 Ku-Klux-Klan! Death in the Pot, Boys!

The Richmond branch of the Ku Klux Klan produced this 1868 broadside, written partially in secret code, which was inserted inside a two-page letter to a man named William F. Newcomb. Oscar Faber, the KKK official who wrote the letter, appointed Newcomb to head the Klan in the Virginia counties of Middlesex, Essex, Gloucester, and Mathews. Newcomb was told to follow the instructions that were embedded in the coded broadside. "Carry them out to the letter and fail not," Faber writes. "The K.K.s strike steady and sure. While you read this you are watched, but you know not by whom. Our step is noiseless, but our Eyes fail not." Faber further warns Newcomb to be wary of "Africanns … ignore carpet baggers, and Peddlars of Politics … Admit no officials [either] civil or Military." As a final ominous note he tells Newcomb: "Do not betray. If you do, Remember the consequences."