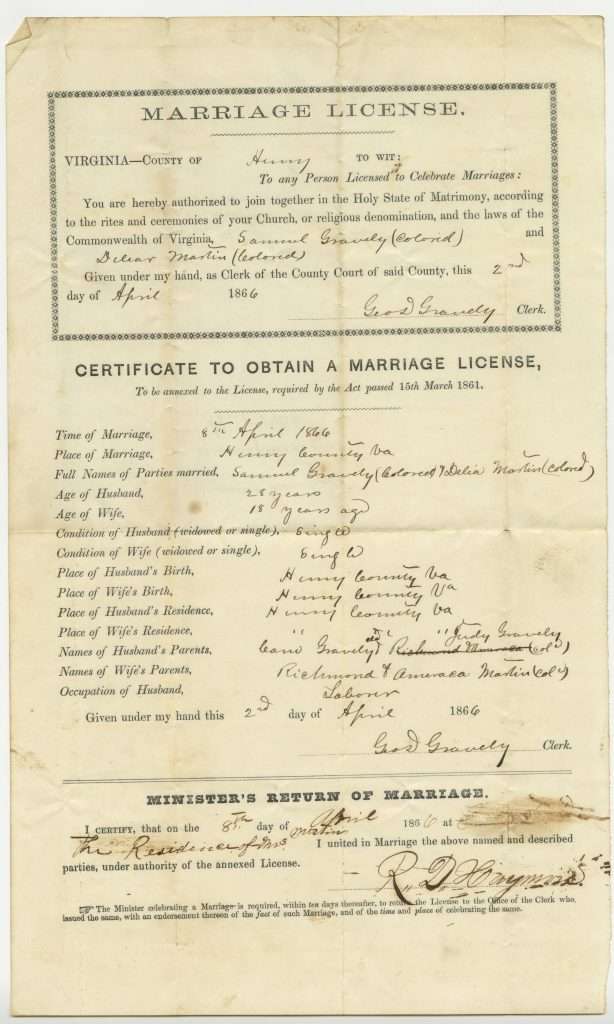 This marriage license certifies that twenty-eight-year-old Samuel Gravely and eighteen-year-old Delia Martin, both African American, were married on April 8, 1866, in accordance with their "religious denomination, and the laws of the Commonwealth of Virgina." The couple were both residents of Henry County, and Gravely's profession is listed here as a "Laborer." Their marriage took place about six weeks after the General Assembly passed legislation authorizing county clerks to issue marriage licenses to African Americans.