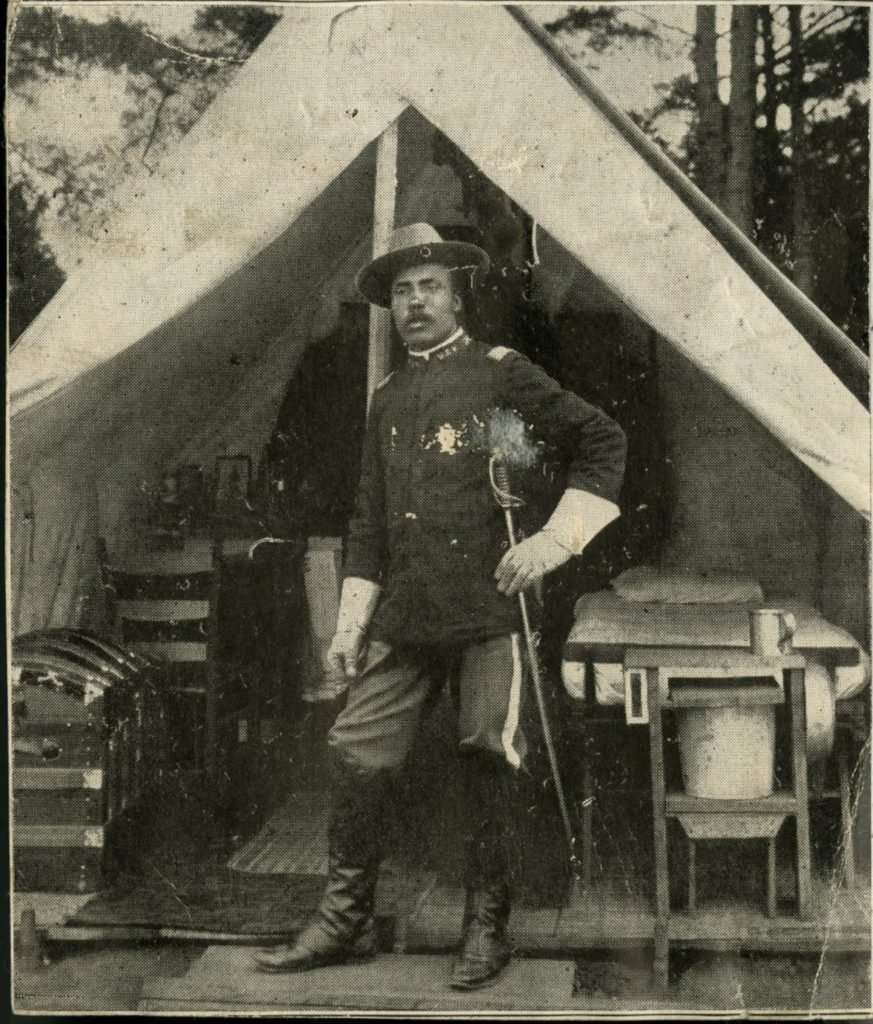 In this undated photograph, William H. Johnson, a major in the 2nd Battalion Colored Infantry, poses in full dress uniform in front of his encampment. In 1898, after the outbreak of the Spanish-American War, Johnson led the 2nd Battalion in the newly formed all-black 6th Virginia Volunteers.