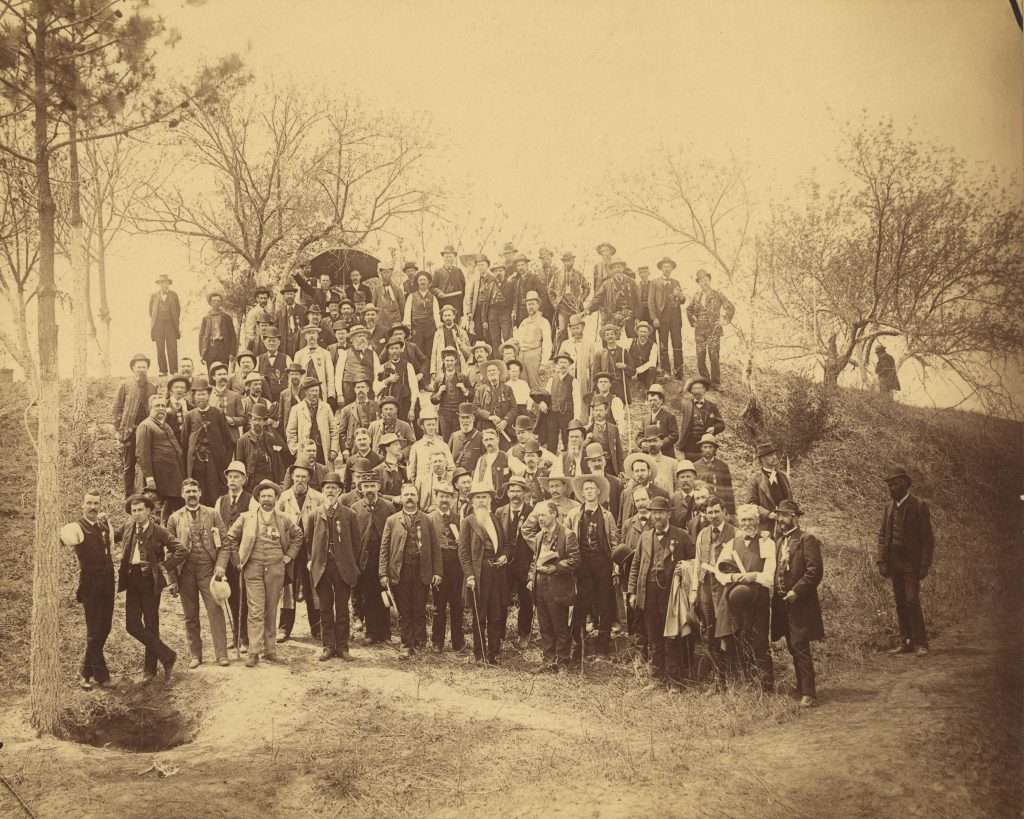 Reunion at the Crater

In a photograph of reconciliation taken in 1887, former Confederate general William Mahone, at bottom center with long white beard, stands amid ex-Union soldiers from the 57th Massachusetts Regiment on the site where the Battle of the Crater had taken place on July 30, 1864, near Petersburg, Virginia. That day, a massive explosion set off by Union soldiers in a tunnel beneath Confederate lines created a giant bowl-like depression in the ground. The 57th was one of the first regiments to enter the Crater during the ensuing battle. The attacking Union soldiers were then trapped, leaving them easy targets for Confederate soldiers. Mahone successfully led the Confederate counterattack, and in the process captured members of the 57th Regiment. Survivors of the regiment are shown here sporting badges on their lapels. Mahone's actions at the Crater made him a hero of the Confederacy and he was promoted to the rank of major general within a matter of days. When this photograph was taken in 1887, some twenty-three years after the battle, Mahone was nearing the end of his distinguished post-war political career. The previous year Mahone had lost his seat in the United States Senate as a member of the short-lived Readjuster Party; in 1889 he ran for governor of Virginia under the banner of the Republican Party and was defeated.