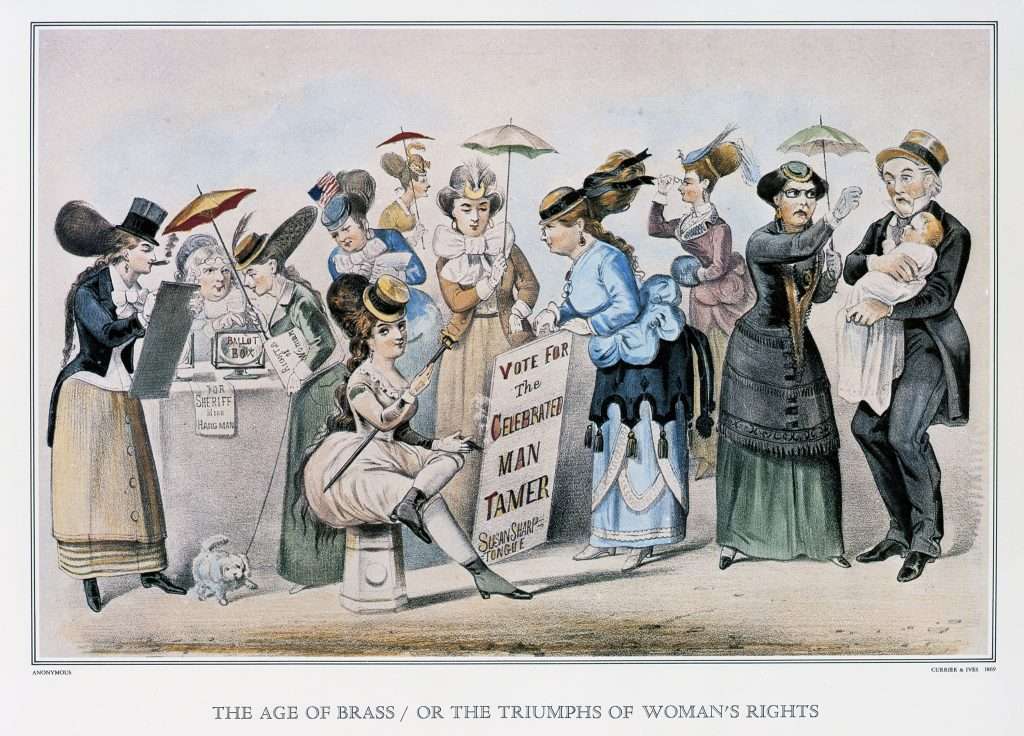 The Age of Brass: Or the Triumphs of Woman’s Rights

An 1869 political cartoon published by Currier & Ives in New York satirizes what might occur if women had the right to vote. Elaborately dressed women line up to vote, one with a poster touting "The Celebrated Man Tamer Susan Sharp-Tongue" for office. Another sign at the polling station promotes a "Miss Hang Man" for sheriff. Several women smoke cigars, one seated woman wears bloomers, and the woman at the end of the line shakes her fist at a man holding an infant—all of which signal how women's behavior would change and gender roles would be reversed if women ever voted.