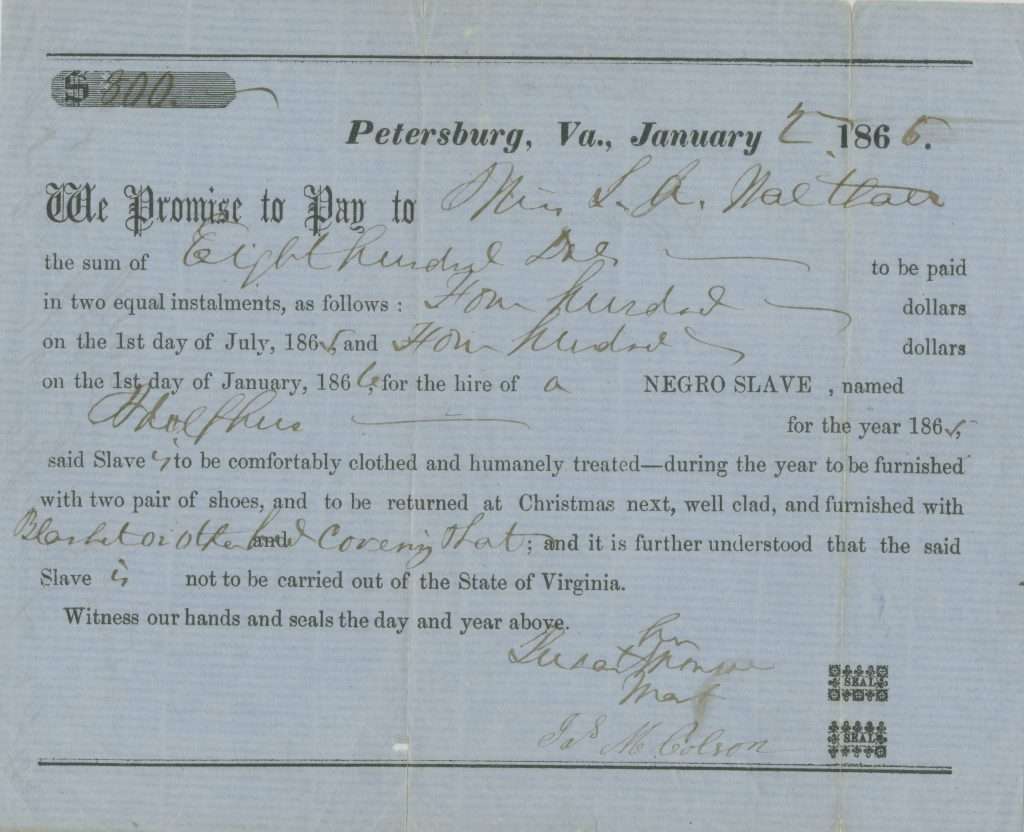 Contract for Hiring Out an Enslaved Laborer

This preprinted contract from Petersburg dated January 2, 1865, sets the terms for hiring out an enslaved man named Adolphus for one year to Susan Monroe and James Colson. There is no documentation as to who Monroe and Colson were and why they wanted to hire this man from his enslaver, Miss S. J. Walthall. The cost of hiring Adolphus for a year was eight hundred dollars—half due on July 1, 1865, and the remainder due on January 1, 1866. However, this agreement became null and void just months later, before any payment had to be maid, with the surrender of Confederate general Robert E. Lee's Army of Northern Virginia at Appomattox Court House on April 9, 1865. At that point Adolphus was free and no longer under the control of Walthall.

The agreement as signed made Monroe and Colson promise that Adolphus would be "comfortably clothed and humanely treated" during his term of service, that he would be returned "at Christmas next…and furnished with blanket or other bed covering & hat," and that he would not be "carried out of the State of Virginia."