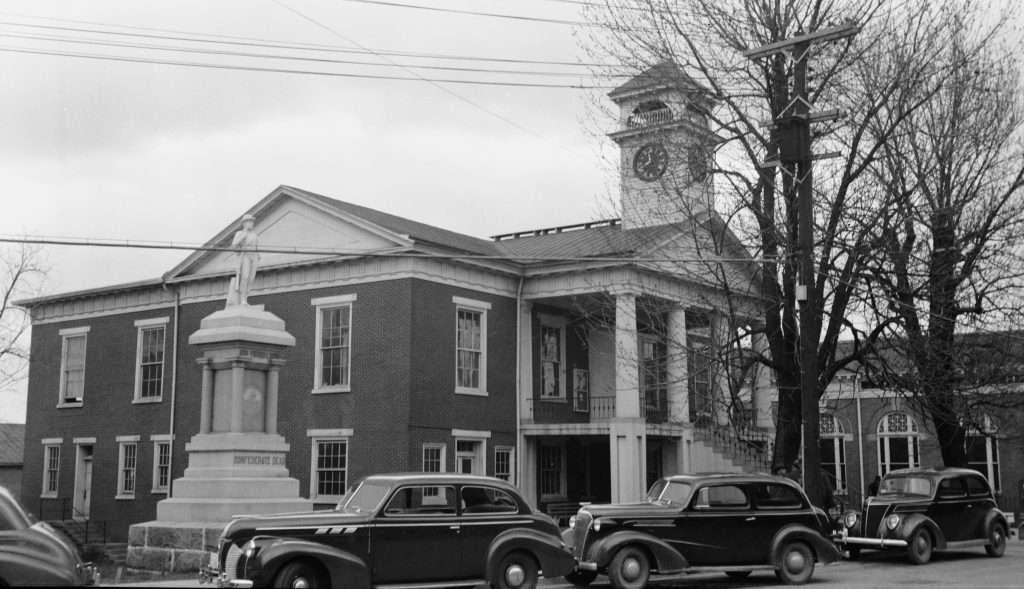 The Pittsylvania County Courthouse, located in Chatham and built in 1853, features a Greek-Revival portico. A monument to the Confederate dead stands next to the courthouse. This image was taken in 1941 as part of the Historic American Buildings Survey. The courthouse—where African Americans were once routinely excluded from jury service—is now a National Historic Landmark because of its central role in Ex Parte Virginia, a U.S. Supreme Court decision that ruled such exclusions to be unconstitutional.