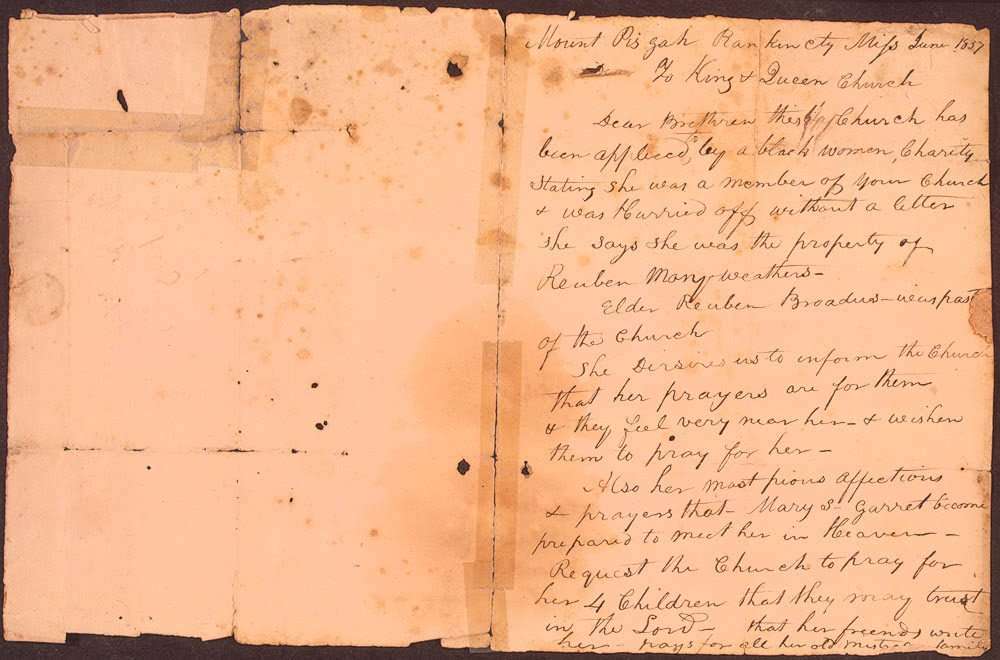 Slave Membership in the Baptist church

An enslaved woman named Charity sends greetings to members of the King & Queen Baptist Church in Virginia, where she formerly worshipped, in a June 1837 letter. Charity had been sold from Virginia to Mississippi and "was Hurried off" without having the opportunity to say a final goodbye. She approached a member of her new church to write a letter back to Virginia on her behalf. Charity wanted her old fellow church members to know that "her prayers are for them & they feel very near her- & wishes them to pray for her." She went on to say that she "prays for all her old Mistress family."