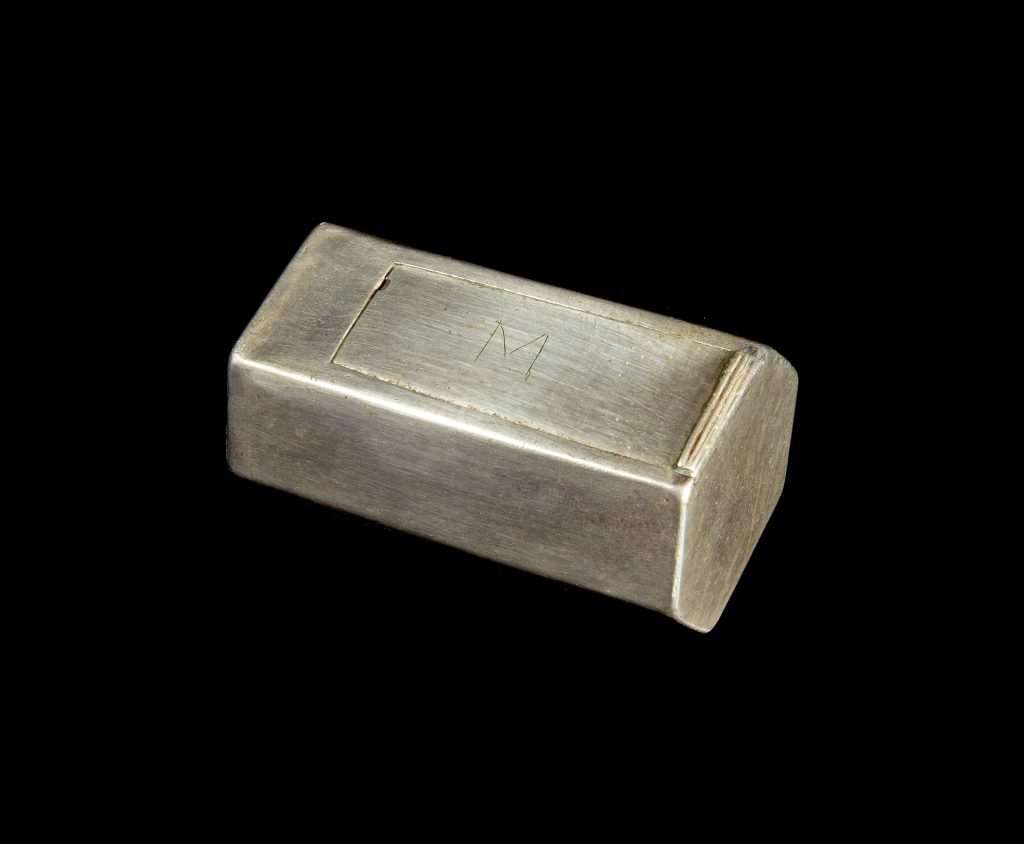 This silver, hexagonal box discovered atop the coffin of Gabriel Archer, one of the first settlers of the Virginia colony at Jamestown, has been conserved to its original luster. When unearthed by archaeologists in 2013, the box was encrusted with a thick patina. Restoration uncovered an "M' etched into the top of the artifact, but the box cannot be opened because of severe corrosion. CT cans, however, reveal that inside the box there are bone shards and a small, lead ampulla, or flask-like object used to hold holy water, oil, or blood. Archaeologists and historians at Jamestown Rediscovery have speculated as follows:

The presence of this reliquary, a sacred object normally (but not exclusively) associated with Catholicism, may suggest Archer was a secret Catholic. Alternatively, the object could have held significant meaning in the founding of the established church, the Church of England, in the New World.