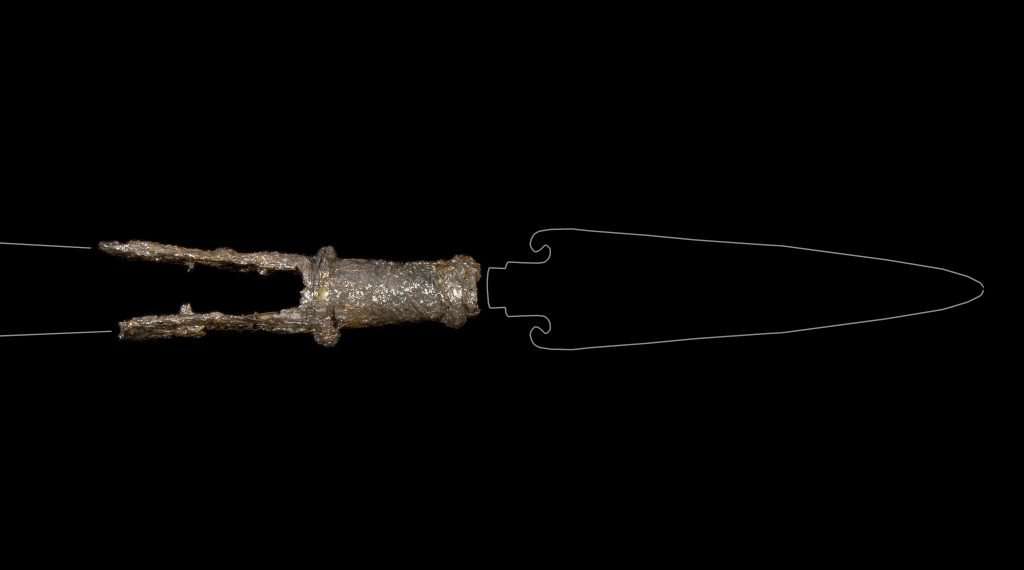 Fragment of a Staff Recovered From Gabriel Archer’s Grave

This three-inch-long iron fragment is the linchpin of a leading staff—an object that denoted the ceremonial rank of captain in the seventeenth century. Excavated in 2013 from a burial site in the chancel of the first Protestant church in historic Jamestown, this artifact was found alongside the coffin of Gabriel Archer, one of the original settlers of the Virginia colony. The presence of a staff next to Archer's coffin indicated his prominence, and helped the archaeologists and historians at Jamestown Rediscovery identify who was buried in the gravesite. Archer died during the Starving Time that took place in Virginia during the winter of 1609–1610. Archaeologists in Jamestown speculate that a broken staff might have been intentionally placed inside the grave as a sign of the life-threatening conditions the colonists were then enduring. This photograph depicts a digital reconstruction of an intact staff.