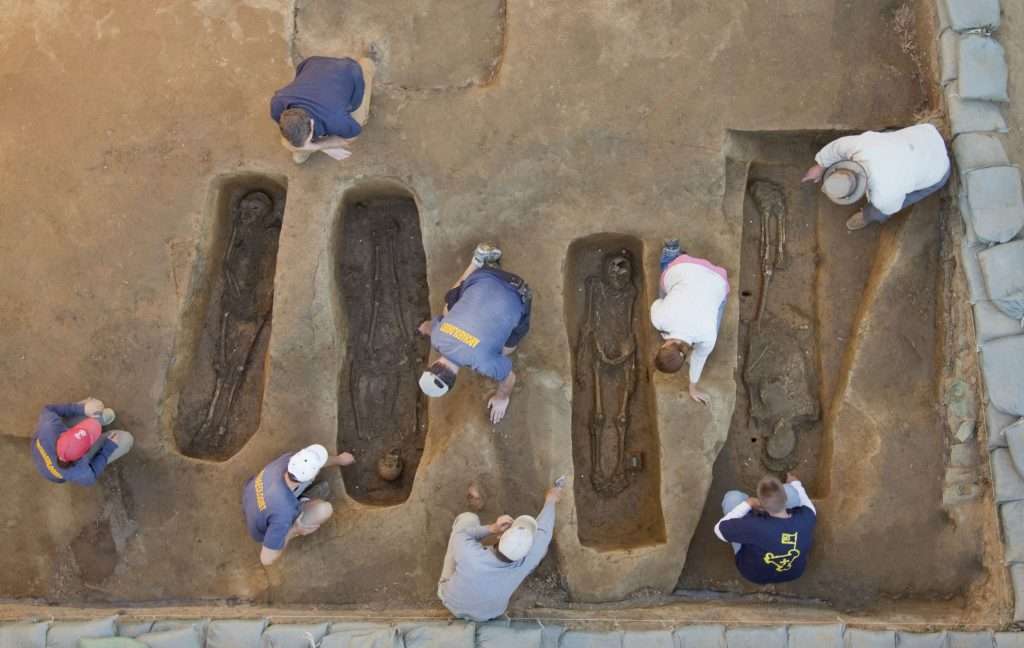 Gravesites in the 1608 Church at Jamestown

A 2013 overhead photograph shows a team of archaeologists, including Dr. Bill Kelso (at far right), director of research and interpretation at Jamestown Rediscovery, excavating gravesites in the chancel of Jamestown's original 1608 Protestant church. The remains of the dead have been identified as four powerful men in the Jamestown colony: Reverend Robert Hunt, the settlement's first Anglican minister; Sir Ferdinando Wainman, a high-ranking military officer in charge of artillery and the colony's horse troops; Captain William West, a relative of the first governor of Virginia appointed by the Virginia Company of London; and Gabriel Archer, a political leader and rival of Captain John Smith. Inside Archer's grave, second from right, a small green-colored box is visible near his foot. This artifact has been tentatively identified as a Catholic reliquary and has raised the possibility that there were Catholics at the Protestant settlement in Jamestown.