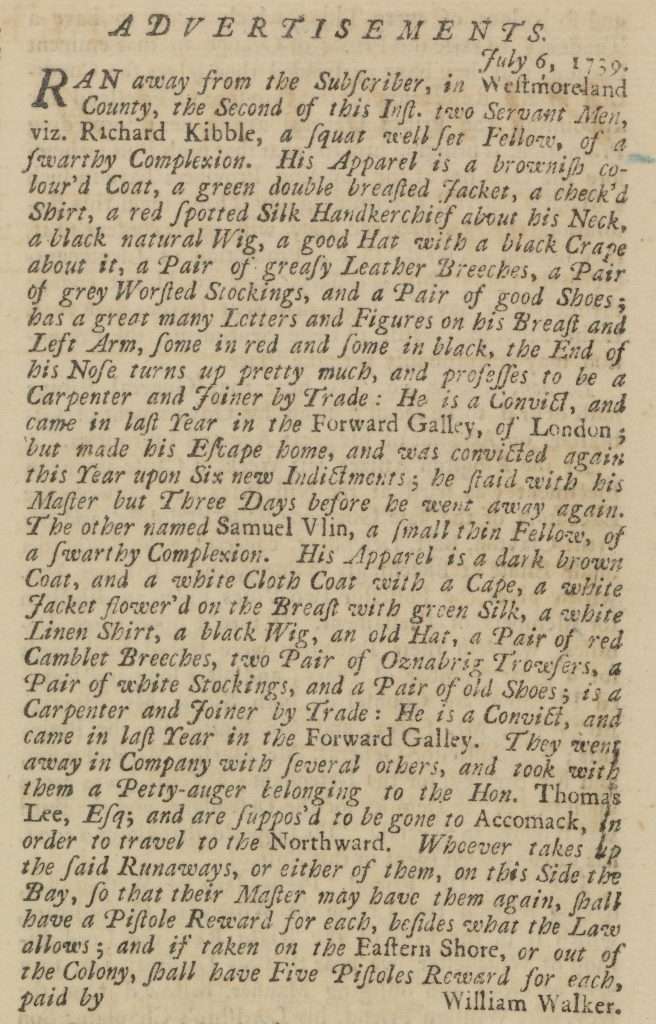 An advertisement in the July 6, 1739, edition of the Virginia Gazette offers a bounty for the return of two convict servants. One of the men, Richard Kibble, had run off from his master, Augustine Washington of Prince William County, the previous year. Along with a group of other servants Kibble made his way back to England, where he was convicted again of "Six new Indictments" and transported back to Virginia. He remained with his new master for a mere three days before running off again. In the advertisement he is described as having tattoos forming "a great many Letters and Figures on his Breast and Left Arm, some in red and some in black." When last seen he was wearing "a red spotted Silk Handkerchief about his Neck, a black natural Wig, a good Hat with a black Crape around it, a Pair of greasy Leather Breeches … and a Pair of good Shoes." His fellow escapee, Samuel Vlin, was described as a "small thin Fellow, of a swarthy Complexion." Both men worked as carpenters and joiners.