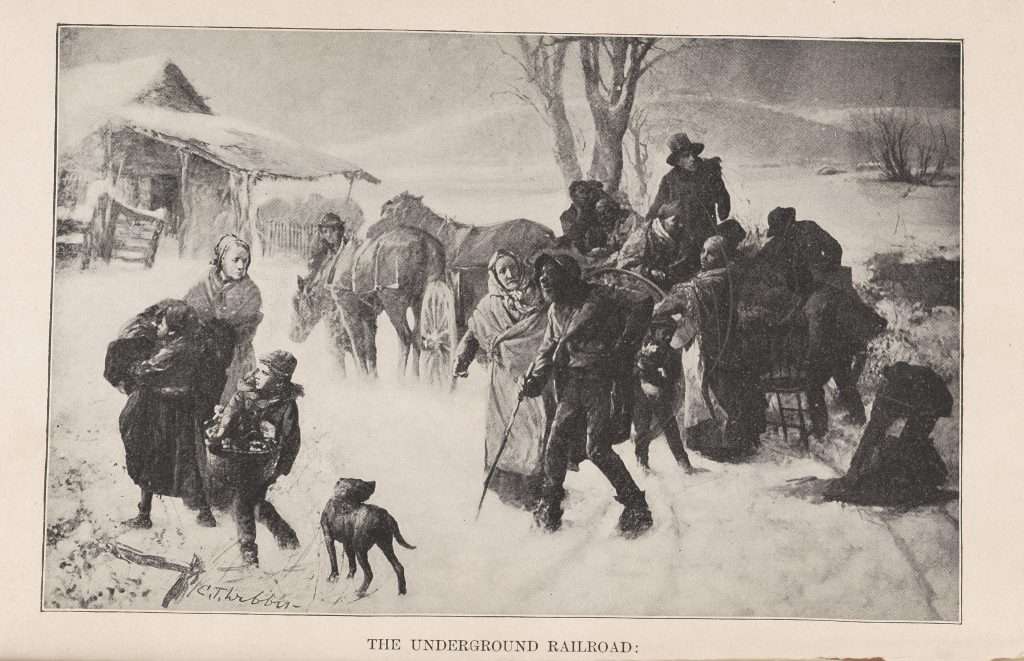 This painting, titled The Underground Railroad: Levi Coffin Receiving a Company of Fugitives in the Outskirts of Cincinnati, Ohio, depicts the abolitionists Levi Coffin (in top hat), his wife, Catherine Coffin, and Hannah Haddock welcoming a group of runaway slaves to freedom. The artist Charles T. Webber, a friend of Coffin, created it for the World's Columbian Exposition held in Chicago in 1893, and this reproduction of the work serves as the frontispiece for Wilbur H. Siebert's history The Underground Railroad from Slavery to Freedom (1898). In his book Siebert writes, "Levi Coffin, by his devotion to the cause of the fugitive from boyhood to old age, gained the title of President of the Underground Railroad, but he was not at the head of a formal organization."  Citation: The Underground Railroad from Slavery to Freedom. E450 .S57 1899. Special Collections, University of Virginia, Charlottesville, Va.