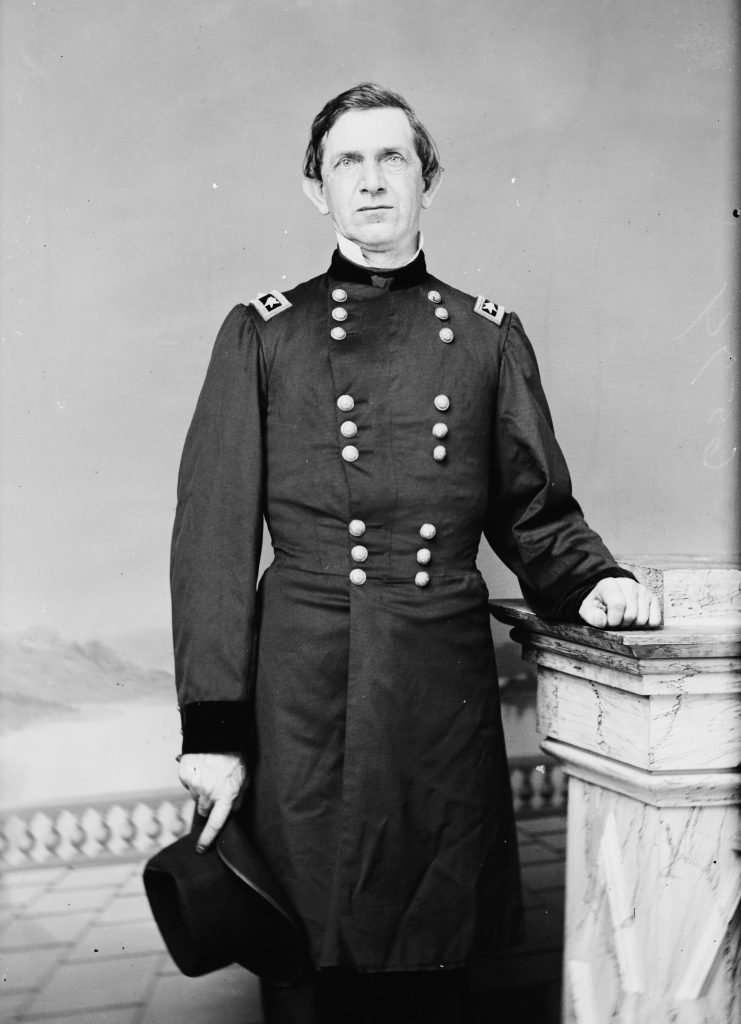 E. R. S. Canby, a major general of volunteers in the Union army, poses for a three-quarter-length portrait by Theodore Lilienthal, a well-known nineteenth-century New Orleans photographer. After the Civil War, Canby commanded the First Military District of Virginia from April 20, 1869, until military rule and Reconstruction ended in Virginia on January 26, 1870. He later fought in the Indian Wars and was assassinated in 1873 during a peace conference with the Modoc Indians in California.