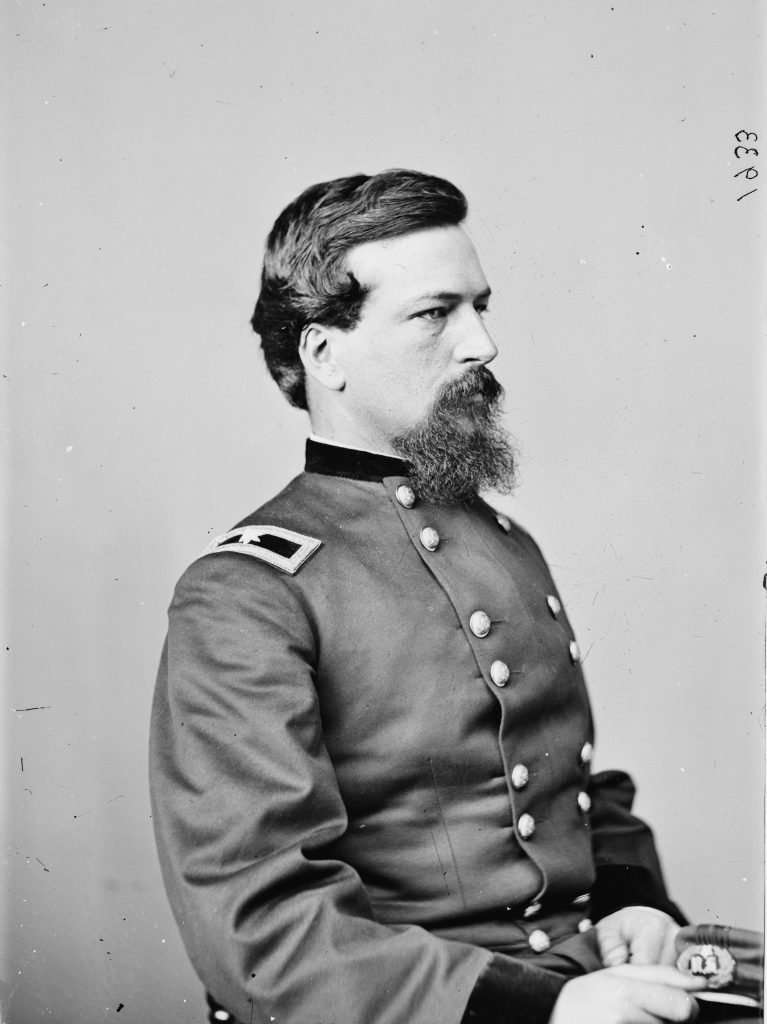 Union general Alexander S. Webb, recipient of the Medal of Honor for his bravery during the Battle of Gettysburg, is the subject of this photographic portrait taken at Mathew B. Brady's National Photographic Art Gallery in Washington, D.C. After the Civil War, Webb commanded the First Military District of Virginia April 2–20, 1869. Webb later became the president of the City College of New York, a position he held for thirty-three years.