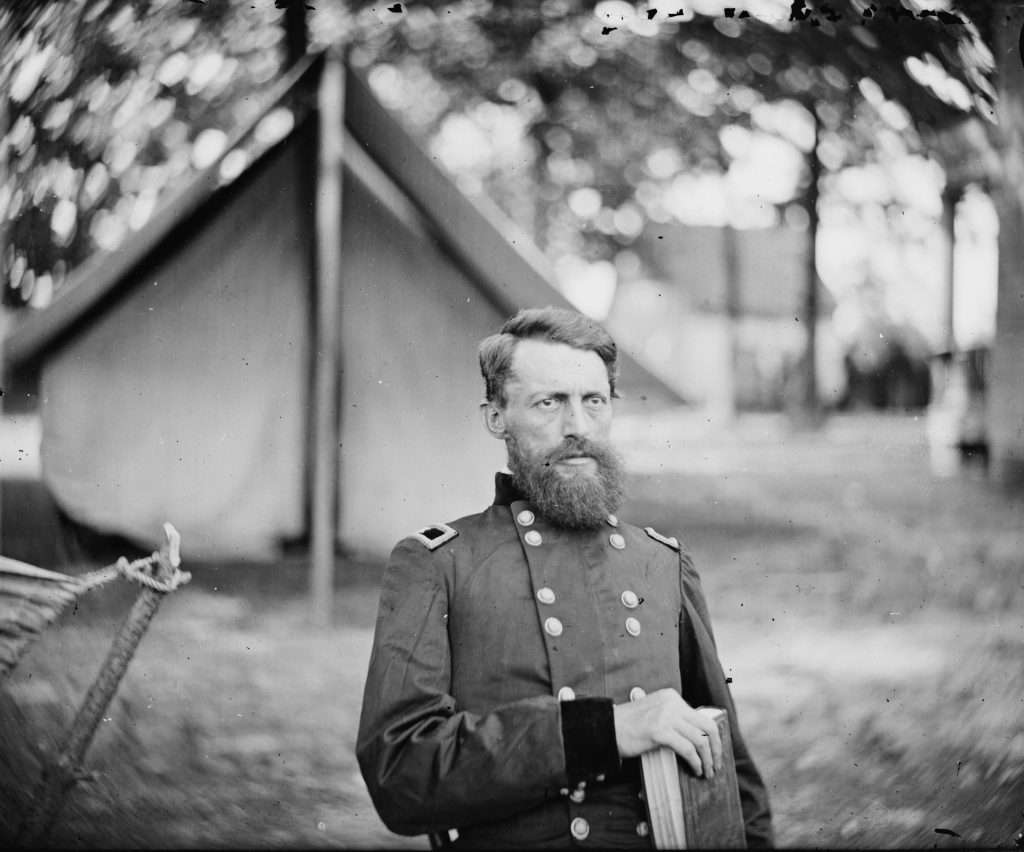 Union general George Stoneman, a cavalry officer who roomed at West Point with the future Confederate general Thomas J. "Stonewall" Jackson, is photographed at an encampment near Fair Oaks in June 1862. After the Civil War, Stoneman served as the military commander of Virginia from June 2, 1868, to March 31, 1869. He later took command of the Department of Arizona, but was relieved of his duties in 1871. Stoneman moved to California, where he was elected governor in 1882.