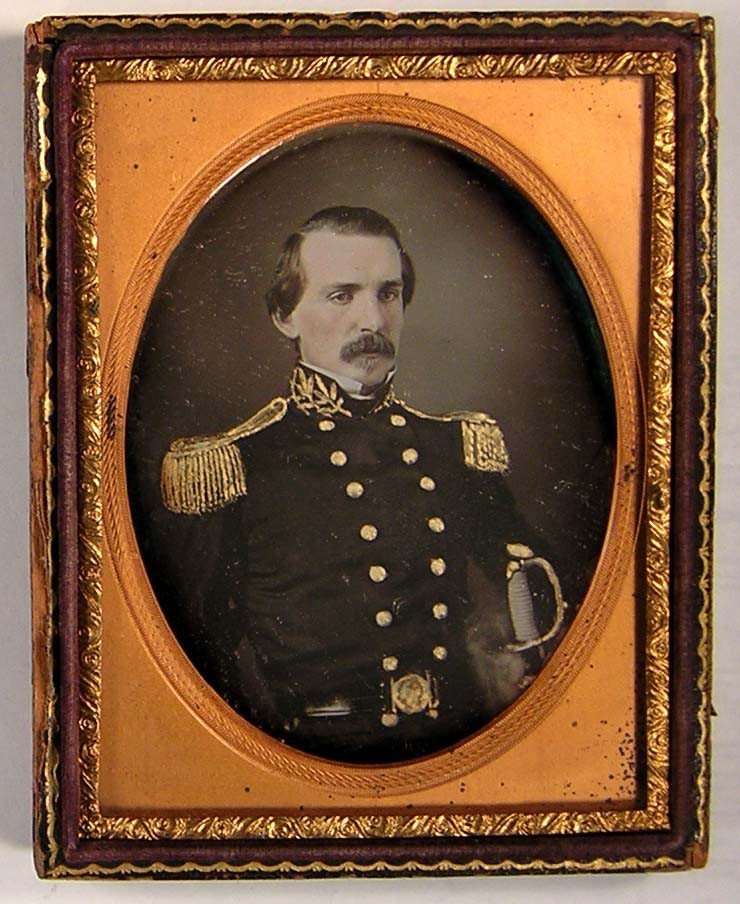 This hand-colored cased daguerreotype shows United States artilleryman A. P. Hill, circa 1850. Hill graduated from West Point in 1847 and served in the Mexican War, the Second Seminole War, and on garrison duty in Maryland, Texas, and Florida. He later became a Confederate general in the Army of Northern Virginia. This rarely published image captures Hill as a young man, before he grew his signature long beard.