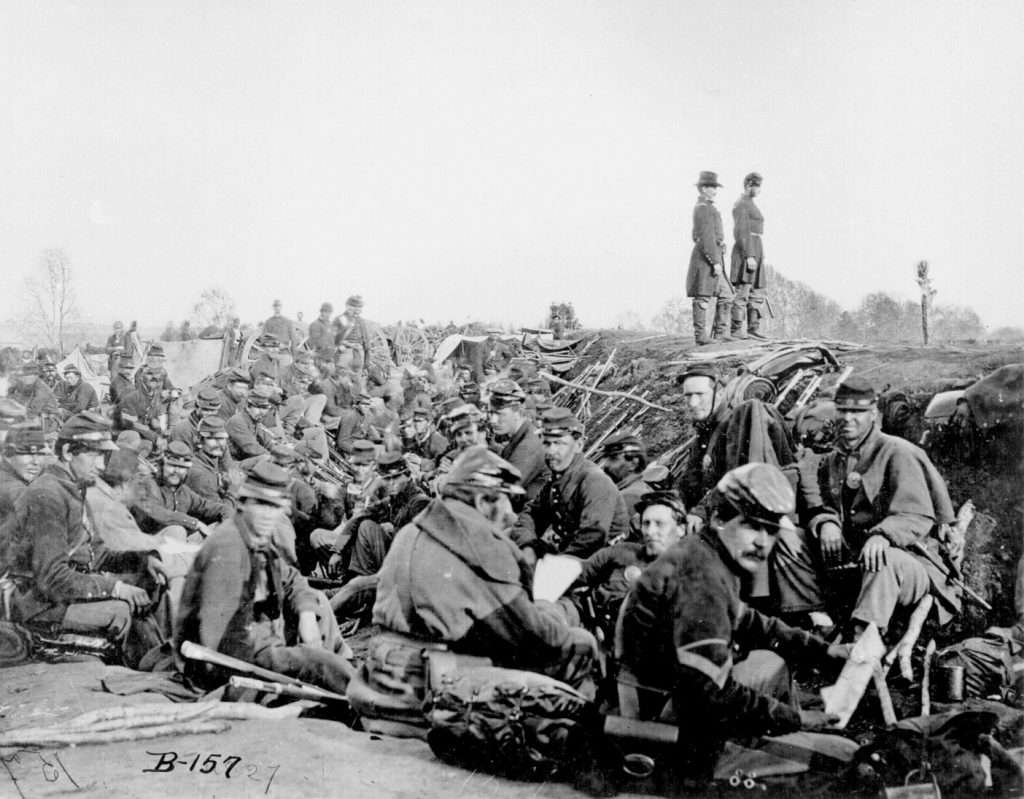 Union Soldiers by the Rappahannock

Sedgwick's assignment was to feign a major attack at Fredericksburg while Joseph Hooker's men battled Robert E. Lee's Confederate army to the west in the Wilderness. Sedgwick was slow and cautious, however, and when his troops finally took Marye's Heights on May 3, it was too late to affect the battle's outcome. Brooks's men suffered about 1,500 casualties, including 207 killed in what is sometimes called the Second Battle of Fredericksburg.

Until the 1980s, this photograph was mis-credited to Mathew Brady and mis-captioned as showing Union soldiers in the trenches at Petersburg. The actual credit belongs to Captain A. J. Russell of New York, official photographer of the U.S. Military Railroads and one of the few military photographers in the Union army. A landscape and portrait painter before the war, Russell had no previous experience in photography and had only been in the position a few months when he took this image using fourteen-by-seventeen-inch wet plates.