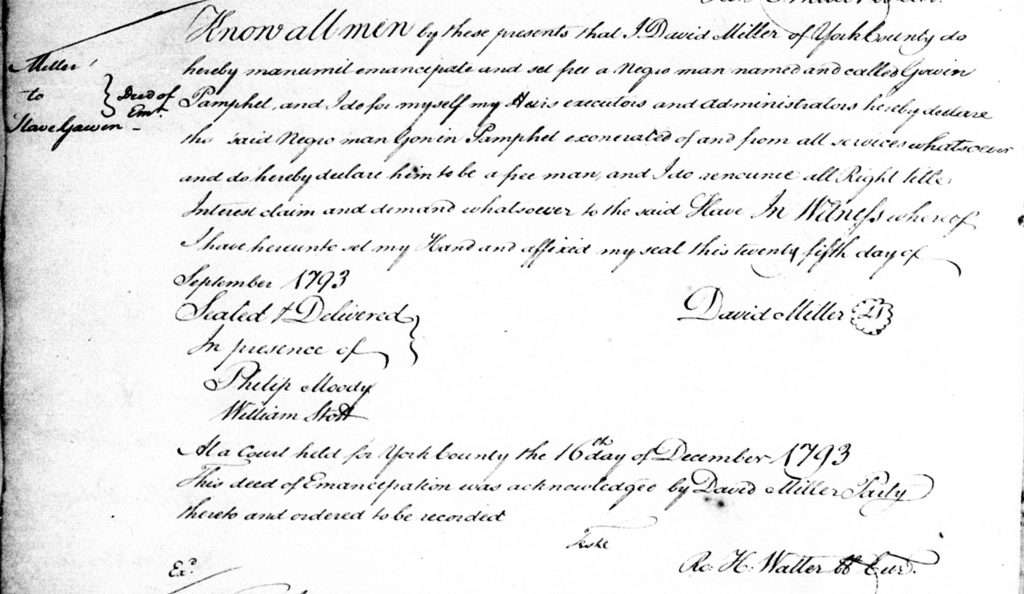 A document dated December 16, 1793, states that the York County court has recorded a deed to "manumit emancipate and set free a Negro man named and called Gowin Pamphet." In September 1793, David Miller, the owner of Gowan Pamphlet, had drawn up a deed of manumission, in which he renounced "all Right title Interest claim and demand whatsoever to the said Slave." The court formally acknowledged and recorded the deed in December.