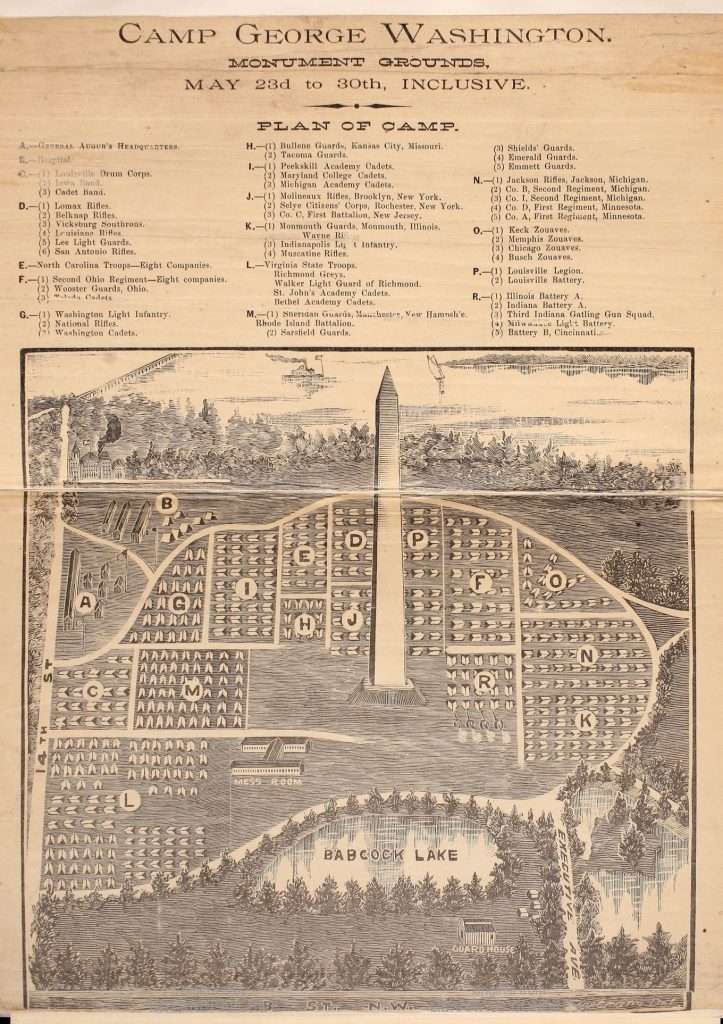 An engraving included in a copy of A Souvenir of the Federal Capital and the National Drill and Encampment at Washington, D.C. (1887) depicts "Camp George Washington," the grounds around the Washington Monument where militia units encamped May 23–30, 1887. A key at top designates where each militia group set up camp. The two black units from Virginia that took part in the competition—the Attucks Guard and the State Guard from Manchester—are not listed, probably indicating that they had to camp in a separate location.