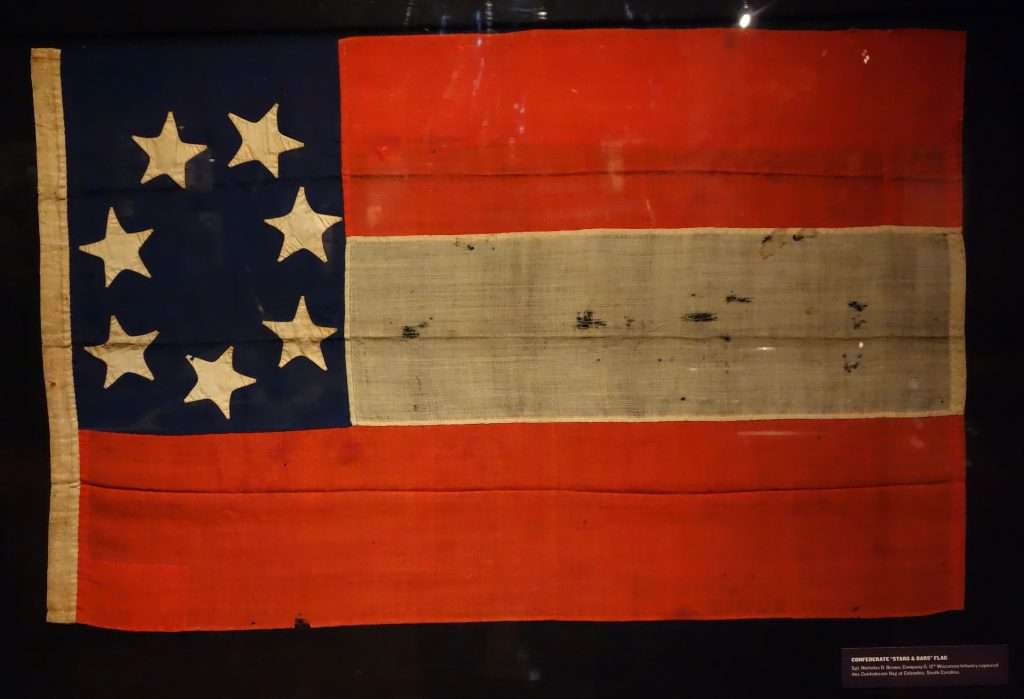 First National Flag of the Confederacy (Stars and Bars”)”””

This flag, a version of the first Confederate national flag, or Stars and Bars, was captured by Sergeant Nicholas D. Brown, of the 12th Wisconsin Infantry, at Columbia, South Carolina. Used from March 4 to May 21, 1861, his is the first of the first national flags, with seven stars representing the first seven states to secede. Later versions had nine, eleven, and thirteen stars.