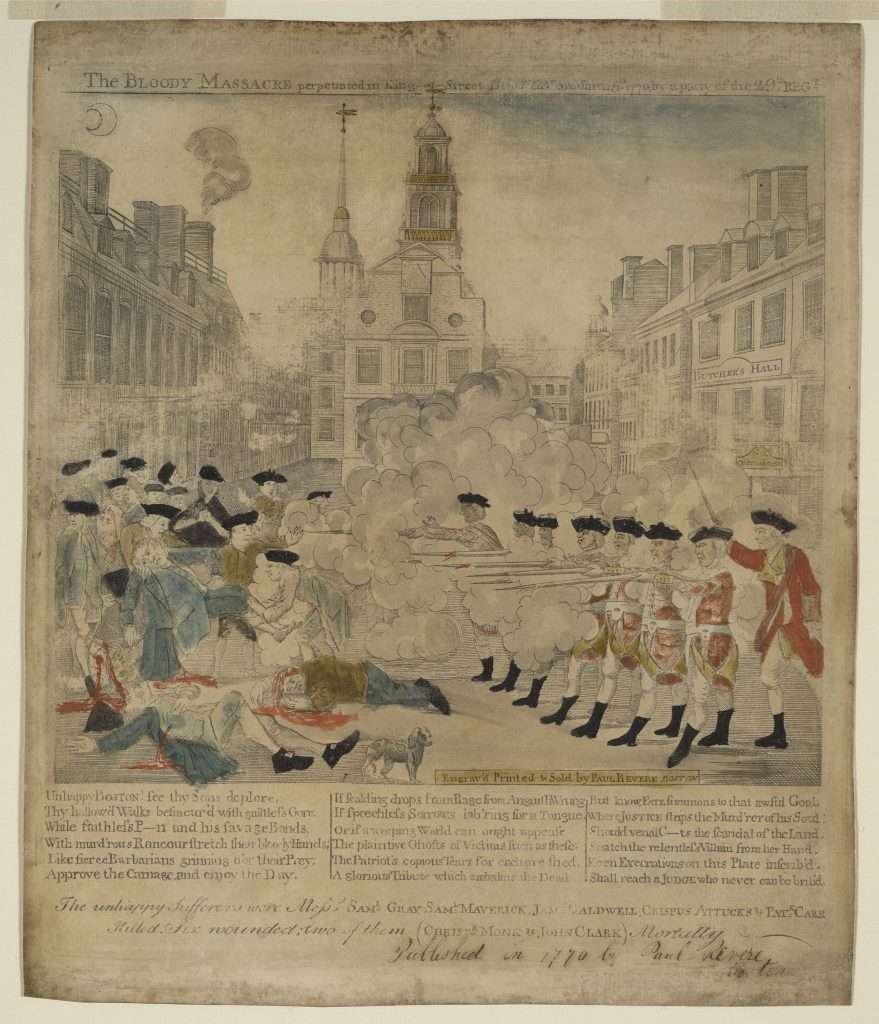 The Bloody Massacre perpetrated in King Street Boston on March 5th 1770, by a party of the 29th Regt.

An engraving produced by Paul Revere depicts the Boston Massacre, an event that took place on March 5, 1770, on King Street in Boston, during which British troops fired upon civilians. Three men are shown lying on the street, blood pouring from their bodies, while two other wounded men are carried off by the crowd. Five civilians died as a result of the attack and six others were injured. Listed at bottom are the "unhappy sufferers" who died: Samuel Gray, Samuel Maverick, James Caldwell, Crispus Attucks, and Patrick Carr. Attucks, a man of mixed race, is considered the first casualty of the massacre.

This design, a highly sensationalized interpretation of the event, was created by Henry Pelham, who published it under the title The Fruits of Arbitrary Power, or the Bloody Massacre. The engraver and publisher Paul Revere appropriated the image and quickly mass-produced copies of it, which he advertised for sale in Boston's newspapers. This engraving became a powerful propaganda weapon in feeding anti-British sentiment leading up to the American Revolution.