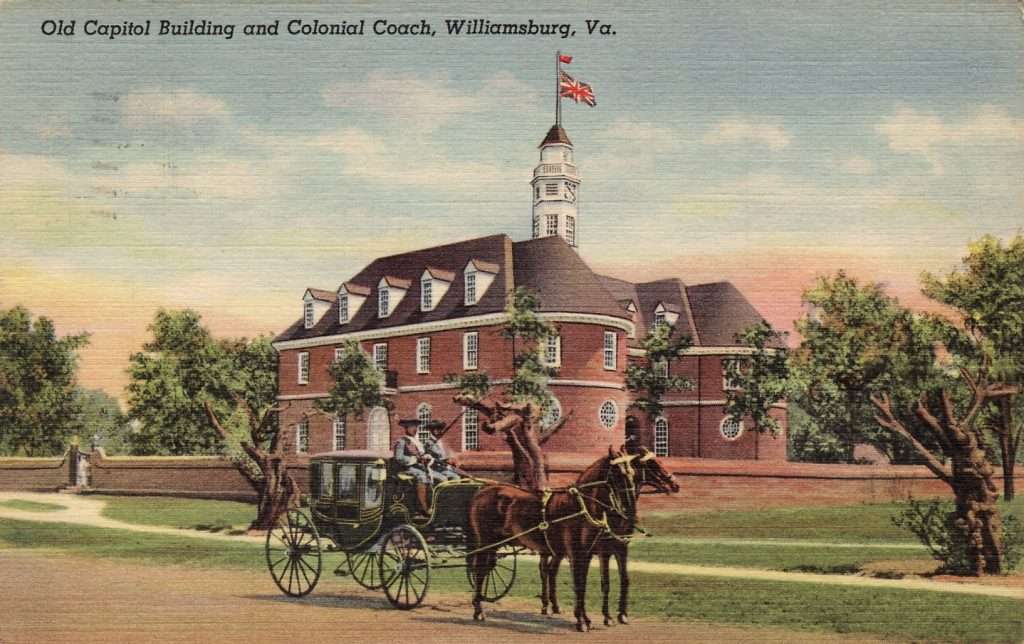 A reconstructed version of the original Capitol building in Williamsburg, Virginia, appears on this mid-twentieth-century postcard. The Capitol was where the colonial-era elected legislature, the House of Burgesses, met, as well as the governor's Council. In addition, the General Court convened there. The original building was completed in 1705 and destroyed by fire in 1747; its replacement burned down in 1832. A restored and reconstructed historic area in Williamsburg, which includes this building, was opened to the public in the 1930s.