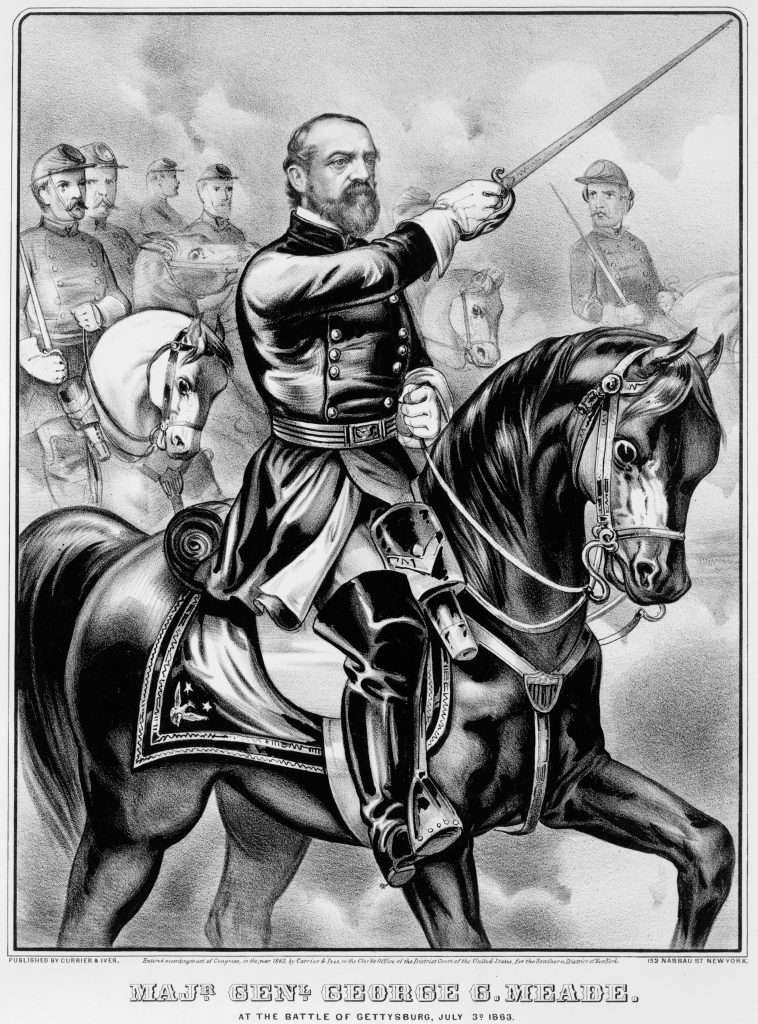 Maj. Gen. George G. Meade, at the Battle of Gettysburg

A graduate of the U.S. Military Academy at West Point and a veteran of the Mexican War (1846–1848), George G. Meade began the Civil War as the commander of a brigade of Pennsylvania troops. By the time of the Fredericksburg Campaign in 1862, Meade was in command of his own division, and achieved the only significant tactical success for the Army of the Potomac in what was an otherwise disastrous defeat. Only three days after his promotion to head of the Army of the Potomac, Meade confronted Confederate general Robert E. Lee's invading army at Gettysburg, Pennsylvania. This Currier & Ives lithograph, published in New York in the months following Gettysburg, depicts him at the battle.