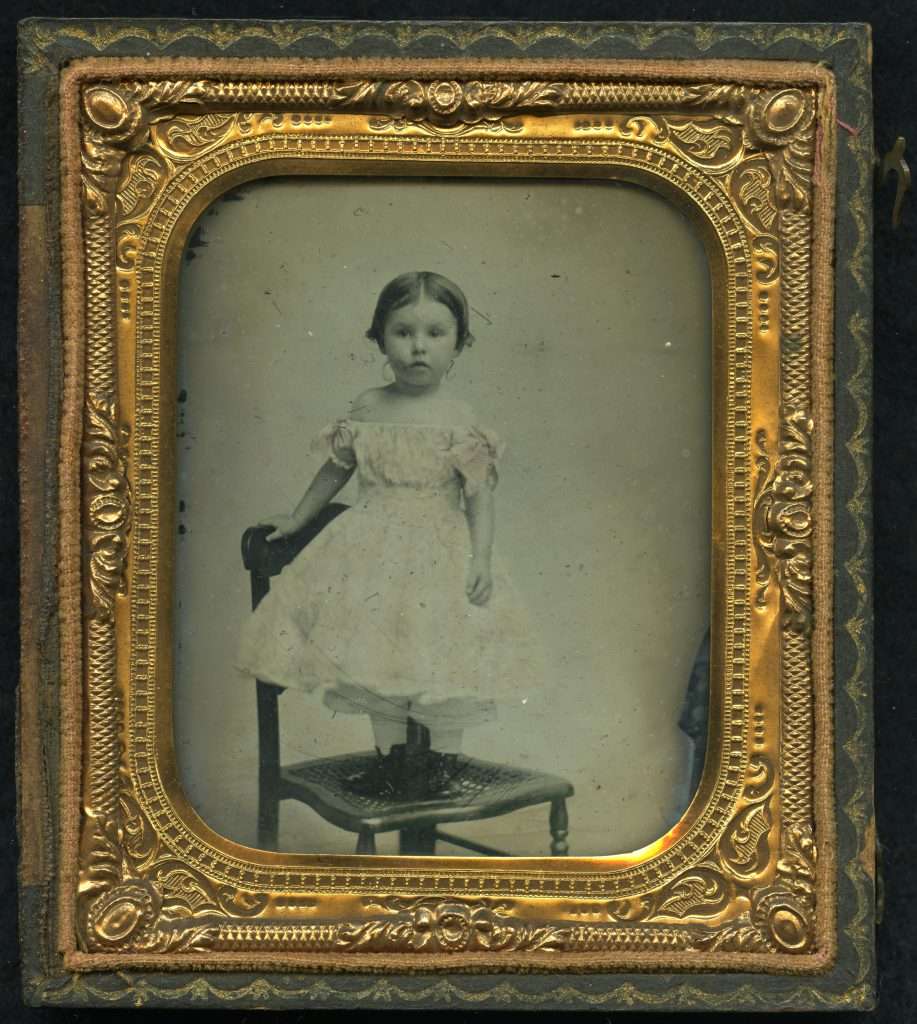 Image Found at the Battle of High Bridge

This ambrotype of an unidentified young girl is an artifact associated with the Battle of High Bridge, which took place near Farmville, Virginia, on April 6–7, 1865, just days before the surrender at Appomattox. According to the donor who later gave this cased image to the Museum of the Confederacy in Richmond (now The American Civil War Museum), Confederate private Heartwell Kincaid Adams of the 3rd Virginia Cavalry found this ambrotype, along with some food, in the haversack of a dead Union soldier. At the time, Adams was guarding a hungry Union prisoner who offered two dollars to share the dead man's food. Upon catching sight of the young girl's image, the Union prisoner realized that it was his own niece. Obviously distraught over the loss of his brother, he refused to take the image, or even reveal the name of the child.