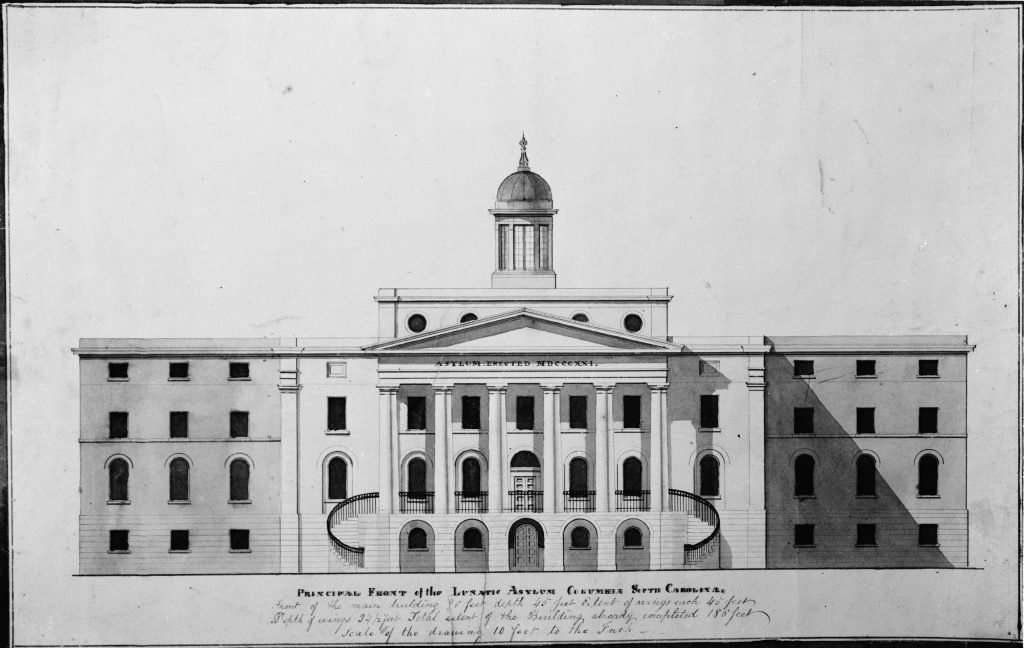 This is a photocopy of an original architectural drawing of the front of the Lunatic Asylum in Columbia, South Carolina, which was erected in 1821. Architect Robert Mills designed the asylum as well as a number of local courthouses in South Carolina. He published several drawings of the asylum about 1822. Mills later won the competition to design the Washington Monument in Washington, D.C.